Tokyo Disney Sea is celebrating 15 years with a “sparkling” jubilee that will last a whole year. The Year of Wishes will celebrate with sparkling crystals all over the park, representing all the wishes that guests have made. The celebration will also see the addition of new shows, updates to old shows and more! 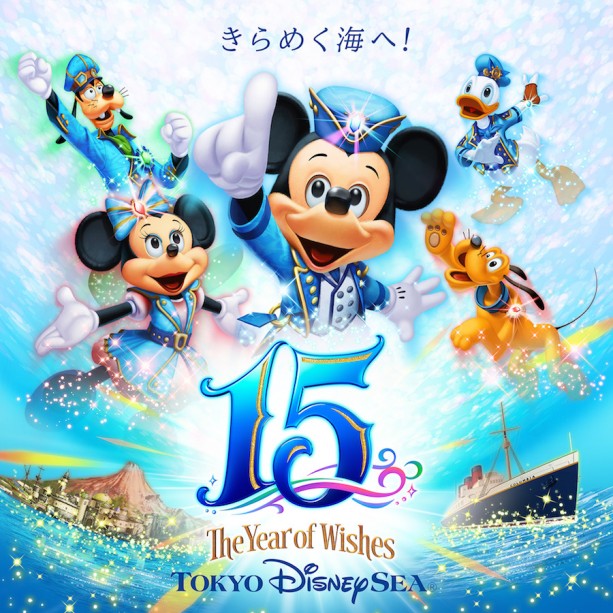 Tokyo Disney Sea will celebrate The Year of Wishes from April 15, 2016, through March 17, 2017. The celebration will kick off with a brand new show in the Mediterranean Harbor called “Crystal Wishes Journey”. The show will feature different characters,  each with a special crystal and wish all their own.
“Big Band Beat,” the popular show at the Broadway Music Theatre, will debut with new music, costumes and scenes. The show will cahnge for the first time that the show has been changed since it opened in July
2006.
In mid 2016, a new show will debut at the Hangar Stage in Lost River Delta. The new show will be a musical,  that features projection mapping to bring the show to life.

If that wasn’t enough, fun will continue at the Tokyo DisneySea Hotel MiraCosta®, where Guests can check out festive decorations and special menu items in the hotels restaurants and lounges.

Stay tuned for more from Disney Sea, and be sure to get social with us on Facebook and follow along with us on Twitter @BehindThrills for the latest updates!