SeaWorld Orlando has kicked off their annual Summer Nights program in a huge way. Traditionally summer at the park is meant for rides, big shows and fun. This year the park is not only bringing the shows and fun, but they are also “Celebrating America” with an all new concert series that sees tons of different artists that are help to personify the American Dream. SeaWorld is also celebrating the summer by bringing back some hugely popular shows and experiences back, just for summer. 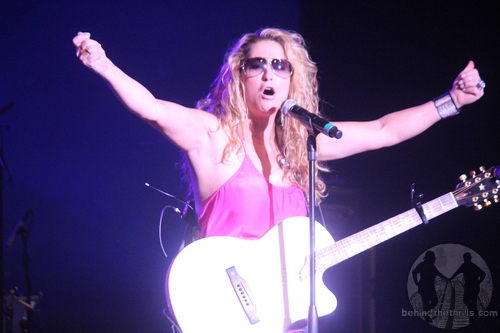 The all new concert series kicked off over the weekend with Country artists, Trick Pony. The show was held in the air conditioned Nautilus theater. Instead of having one giant show at the end of the day, SeaWorld opted for two smaller shows with the country duo. It was a nice change, and a nice break from the sweltering summer afternoon heat. Trick Pony was the first of many huge country acts coming to the park over the next few months for the “Celebrate America Concert Series.

This week Crystal Gayle performs at SeaWorld Orlando on Saturday June 27th, with two shows at 5p.m. and 7:30p.m. Sunday June 28th, Phil Vassar performs.
The 4th of July will be extra patriotic as the American Military Spouses Choir takes the stage on the 4th, and Lee Greenwood comes to Seaworld on the 5th. Can’t get much more patriotic than that.
New artists are added every week, concerts are free with paid admission. Seating is first come, first serve, but SeaWorld does offer Premium VIP Seating, beginning at $29.00 dollars per person, but also includes a meal at one of SeaWorld’s many restaurants.

Visit the official website for more information by clicking here. 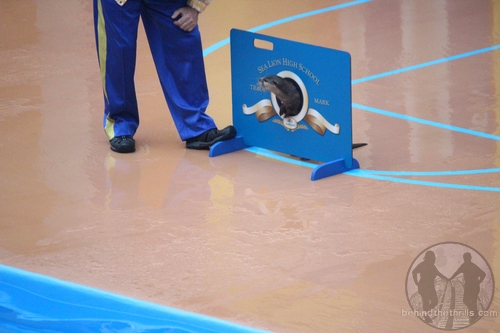 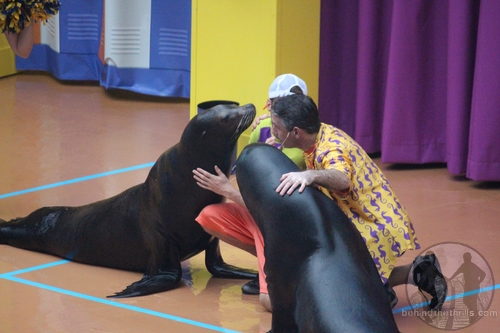 The night continues after the concert with several huge shows. The all new Sea Lion High has gotten extremely popular with guests, and on Saturday was at capacity for every show. It’s best to arrive at least 30 minutes early if you want a seat, earlier if you want a good seat.
The show made it’s debut in April and sees the antics of Clyde and Seamore as they try to graduate high school.
Many have asked about the absence of Sea Lions Tonight from the Summer Nights line up, and while we haven’t gotten an official answer, we are pretty sure that the show will return next year. The show has several elements that just aren’t included this year, such as Allure, and the mimes. Add to the fact that the sea lions are still getting used to the new show, and adding yet another show might be too much. Still, the show could see a return next summer.
This year, however, Sea Lion High is extremely popular and has extra shows during Summer Nights. 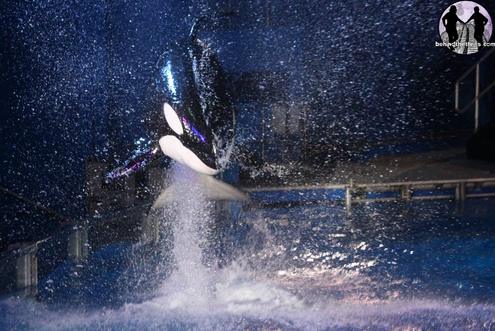 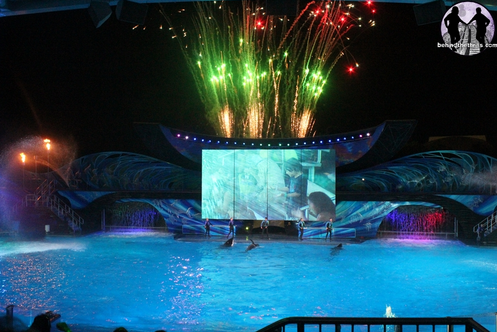 Of course the star of Summer Nights is Shamu! The parks awesome whales bring back the huge show from last year, Light Up The Night. It’s a perfect end to a busy day at SeaWorld, that is capped off with a fireworks finale. The show was extremely popular last year, and returns with the same jaw dropping acrobatics, and fun that you know from the day time shows. The night show features more visuals, lighting and an amazing soundtrack.

Video-Light Up the Night with Shamu!

The park is filles with tons of entertainment options, and miniature shows throughout the day, including a returning favorite, the Pearl Divers. Guests can have divers pick out an oyster just for them, and interact with them through the glass.
Guests can also get a look at their newest coaster, Mako, as construction continues. The coaster is scheduled to open next year, but work is progressing rapidly. Until then, guests can ride enjoy the other three big coasters in the park, as well as Antarctica.
In fact, riding coasters in the dark us what makes Summer Nights so much fun. The sun goes down, the air cools off, and the coasters just seem to get faster.
Slideshow-Check out even more from SeaWorld Orlando’s Summer Nights

The Summer Nights fun runs every night, with concerts happening every weekend until August.

For more information about Summer Nights at SeaWorld Orlando, including tickets, visit the official website by clicking here!