40 years after JAWS- Save the shark that terrorized millions

“You yell shark…we’ve got a panic on our hands, on the fourth of July.” Its Fourth of July and as we slather on the sun screen, blast the radio, and put more charcoal on the barbecue, many movie fans watch a film thats so iconic that even its two note theme brings screams of terror- JAWS. Forty years after its release, the film brings millions of fans together for conventions, festivals, and outdoor showings- most notably the recent “JAWS on the Water” event in Texas, where cinema goers could watch the thriller inside non shark-proof inner tubes on a Texas lake. 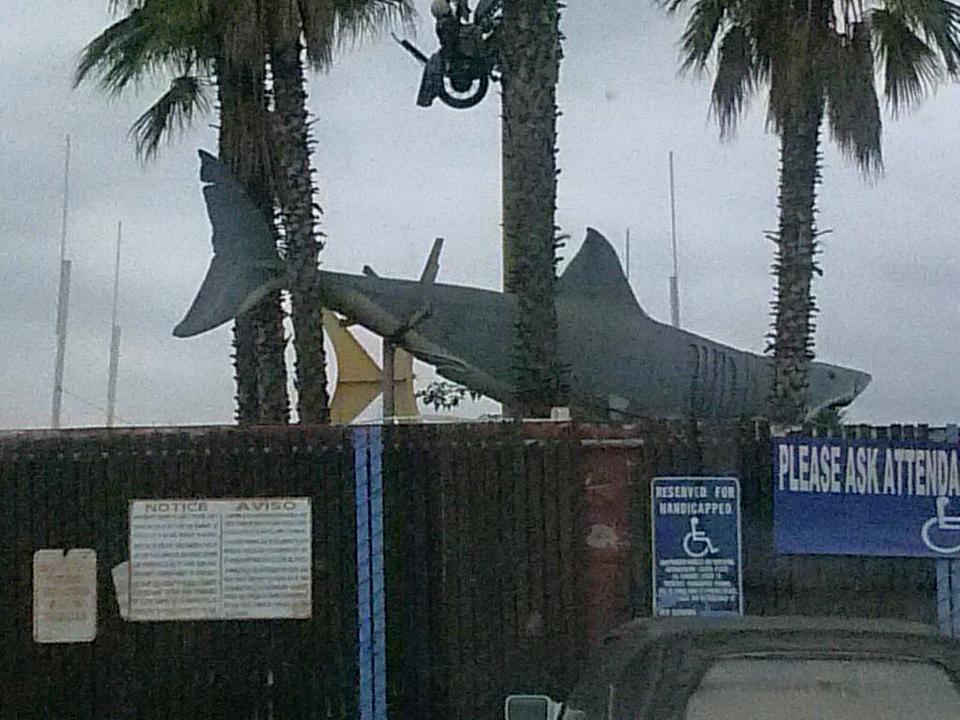 While the films cast and crew went on to save successful careers, movie memorabilia fans wonder what happened to the films true star- the shark. Named Bruce, urban legend has it after one of Steven Spielberg’s lawyers, was actually three different prop sharks designed by art director Joe Alves in 1973 and built by ex-Disney mechanical effects supervisor Bob Mattey. It is believed that 40 different artists, designers, and electricians, built the sharks in a tiny garage studio in Burbank.

Without any real testing, the sharks were quickly sent cross country to begin filming in Martha’s Vineyard. There are many legends of the prop sharks falling apart during filming and after the film wrapped many of the remaining parts were tossed, or rotted to the elements. The molds that were used to create the props had either been altered, wrecked or perhaps stolen.

In 1976, a fourth and final version of the shark was made from the original molds. This shark would not be shown on cinema but used as the Photo-Op shark when Universal launced the JAWS Attacks! ride during their iconic tram tour. This fourth shark made of durable fiberglass hung at Prop Plaza and then the Visitor Entertainment Center until 1990. The shark was subsequently removed and stored in the backlot where Samuel Aadlen of Aadlen Bros. U-Pick Parts was allowed to haul the beast to his expansive yard located in Sun Valley a mere 1.5 miles up the street where it was originally constructed.

Today the only copy of Bruce the shark lords over visitors of the yard wearing a set of crooked wooden dentures, his paint and stucco chipping in the hot California sun.

A group of major JAWS fans are working together to restore Bruce to his former terrifying glory. A group of volunteers from the “Save Junkyard Bruce” Facebook page which consist of researchers, art historians and conservationists, artistians, an a entire special effects department are trying to recast the shark and in return restore it to its current owners.

According to West M.Maatita, founder of the “Save Junkyard Bruce” campaign “What we ultimately plan to do with a once and future new casting is a subject of much debate. On one thing we all agree, and that is that this prop must be available for ALL to see – in a museum setting most likely – and that it must be kept out of private collector hands where it will be hidden away as just another prize – with all the other junk.”

To learn more about how you can save Bruce from JAWS, visit the official Facebook page by clicking here!