I’m not going to lie, or even pretend I’m above geeking out to this. Bruce Campbell will once again be Ash in the new Ash vs. Evil Dead TV series for Starz. The original three films are just geeky fun, full of gore, guts and mayhem, with Army of Darkness being the most over the top installment. Sure the remake from a few years back was amazing, and it made for one hell of a Halloween Horror Nights maze, but there’s just something about seeing “The Chin” back as Ash, strapping on his chainsaw, and carrying around his boom stick. So, to know that we’ll get a look at the new series on Friday at Comic Con is just simply too much. Plus, we have a new look at Ash, and the Classic! 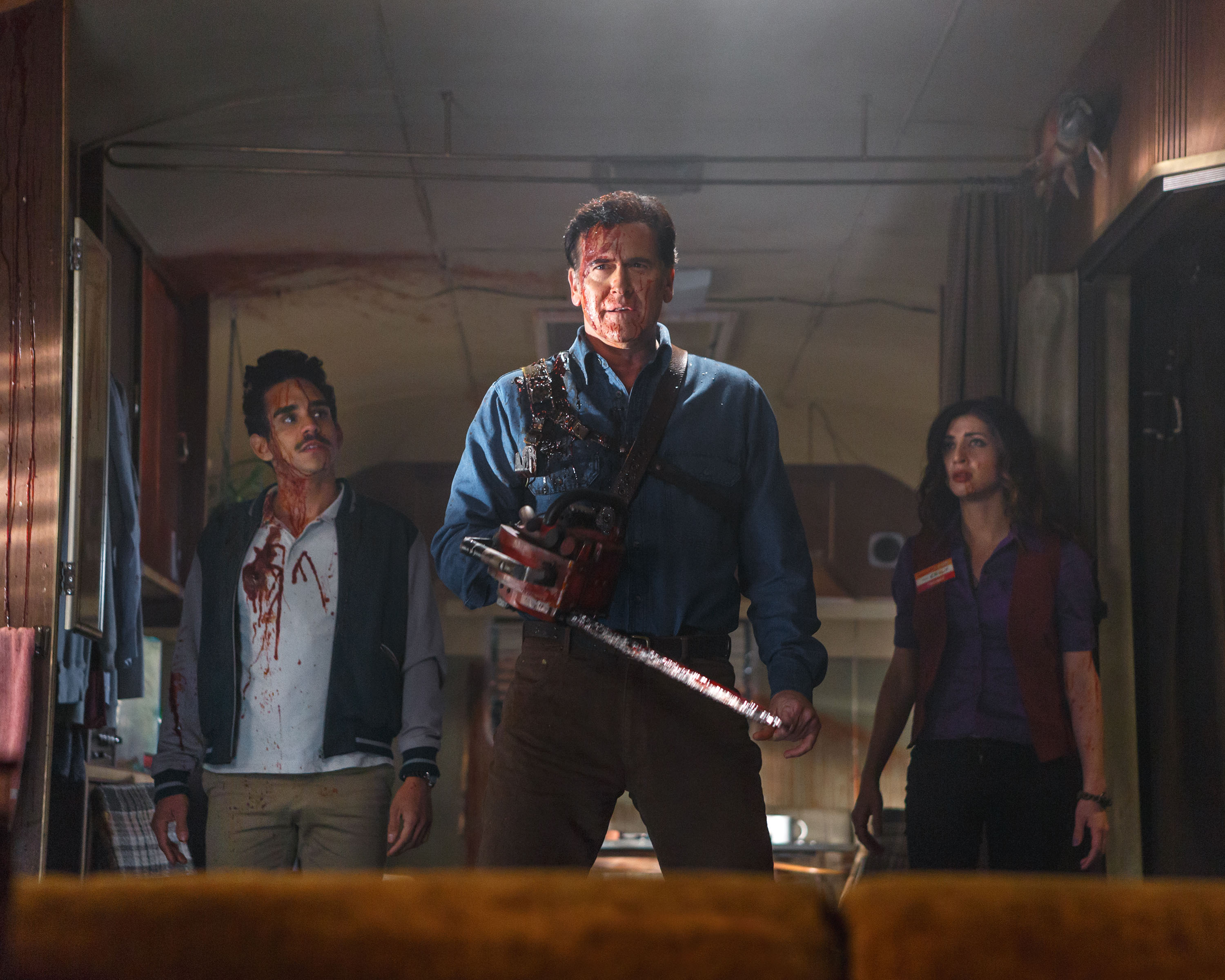 The all new image from Ash vs. Evil Dead shows off two supporting characters, and of course our favorite Deadite-ass kicking tough guy, Ash. There’s the appropriate level of gore, guts and Ash, which gets us amped up for the new series. The new series will be airing exclusively on Starz this fall, with the first episode being directed by Sam Raimi himself.

Speaking of Raimi, Bruce Campbell showed off a little piece of the trailer in which we see Raimi’s old car.

That’s right, The Classic is back! The car was originally used in…well, all of the Evil Dead films.
Let’s hope that the series is so amazingly awesome that Universal has no choice but to bring the series to Halloween Horror Nights in 2016.
The 2013 reboot/remake/film was featured at Universal Orlando’s Halloween Horror Nights, and was one of the bloodiest, most gruesome houses to date.

Stay tuned for more gory goodness and be sure to get social with us on Facebook, and follow along with us on Twitter @BehindThrills for the latest updates!