Freddy vs. Jason as Mr. Potato Head takes on the horror icons just in time for Halloween Horror Nights!

Mr. Potato Head is an iconic figure that spans generations. Freddy Kruger and Jason Voorhees are horror icons that span your nightmares. Put them together and you have one hellish new series that no horror fan, or potato fan, can be without. It’s the all new Poptater Series, and they will stalk you through your dreams…or at least through the collectible case. 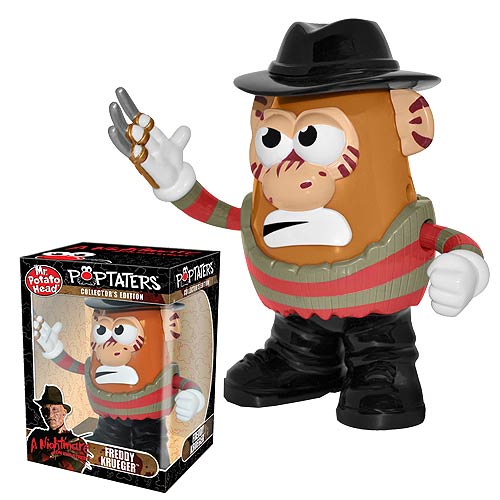 The two new figures will be coming out in time for Halloween and will be available through Entertainment Earth (click here). The two horror icons have battled it out on the big screen, and now they can battle it out on your bookshelf, desk, or wherever you want them to. 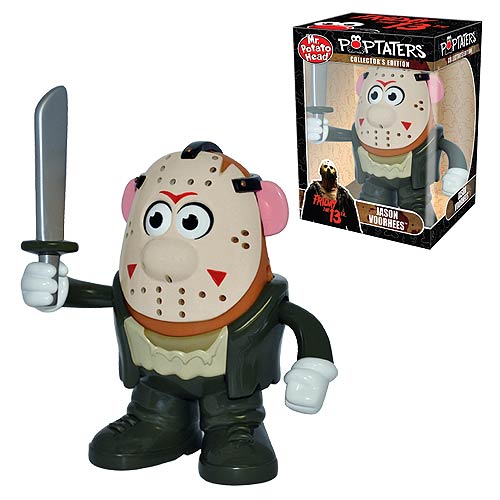 Poptaters have spawned all manner of movie figures, from Star Wars, to Marvel superheroes like Spiderman and even Transformers. This is the first time that the line has included horror figures. The figures are available for preorder now.

For more information about Freddy vs. Jason at Halloween Horror Nights Orlando, including tickets, visit the official website by clicking here!

TAGFreddy vs. Jason Halloween 2015 Halloween Horror Nights HHN 25
Previous PostHarry Potter and the real life Kings Cross Station-A look at the theme park world vs. the real life place! Next PostParty like a Minion at Universal Studios Hollywood and CityWalk this weekend