Minions are invading Universal Studios Florida, as the park gets ready for the premiere of the Minions Movie. The new film hits theaters on July 10th, but guests at Universal Studios Florida can catch the Minion Mayhem now with specialty merchandise. Plus Universal has finally dropped the walls around a new “NBC Media Center”, and we get a taste of a little bit of Christmas fun, wrapped in a nightmare. It’s all part of the summer fun at Universal Orlando! 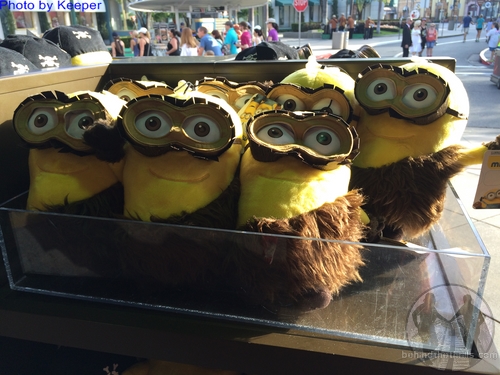 Despicable Me: Minion Mayhem has been a huge hit, ever since it opened back in 2012. Now the Minions are getting ready to be even more popular than ever as an all new film hits theaters, all about how the little yellow mischief makers came to be. Universal Orlando is preparing for the opening of the film in a big way. Guests can grab tons of new Minions, whether in new costumes, new shirts or just hanging around. There’s also Despicable Me: Minion Mayhem, where guests can train to be a Minion, as well as a Minion Scavenger Hunt (stay tuned for more!). Plus guests can even enjoy a “Freeze Ray”, which is the Minion equivalent of Dole Whip. Banana Soft Serve, mixed with another tropical flavor for a very tasty treat. Passholders can save on tickets to the Minion Movie at Universal’s AMC CityWalk, as well. 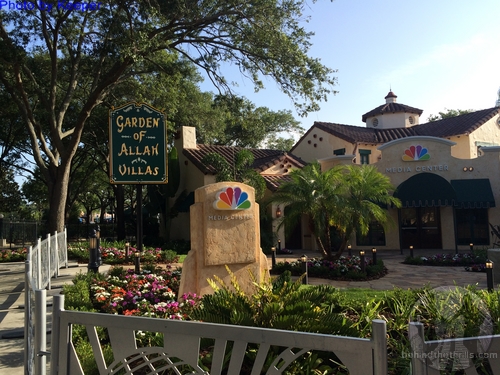 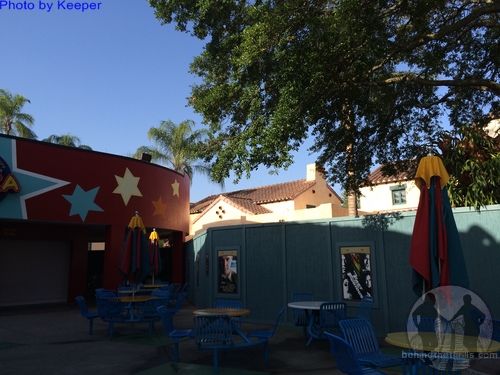 Elsewhere in the park, the walls around the “Garden of Allah Villas” have been removed to reveal an all new NBC Media Center. We’re not exactly sure what the Media Center is, but we’ve heard everything from a 25th Anniversary Museum, to a new location for Lucy: A Tribute, to even a Halloween Horror Nights Museum. Our guess is that it’s going to feature a revolving display, featuring a different experience every so often. One month might be Mardi Gras, or Christmas, and the next might be Halloween Horror Nights. The backside of the property is still behind construction walls. The area used to have a great shortcut from the main path to Kid Zone. It looks like that shortcut could be gone. We can’t wait to see what this finally ends up being. 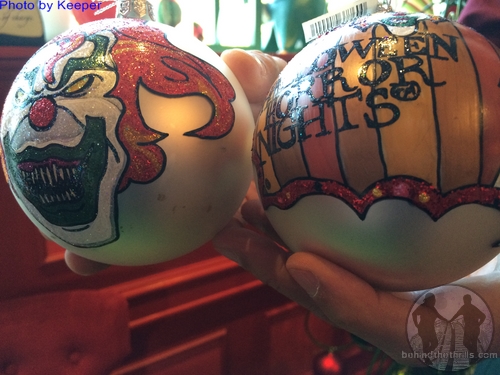 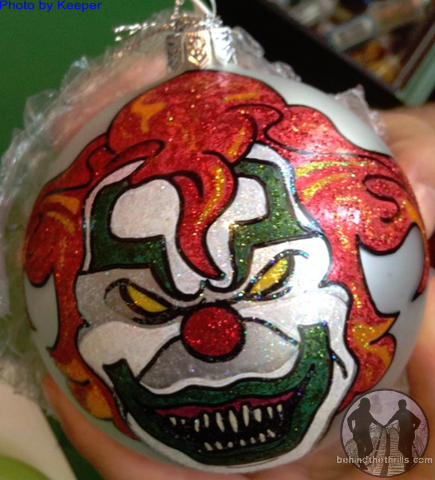 Speaking of Halloween Horror Nights, we’ve seen a few reports of a new ornament making its’ way around the Christmas Shop across from Transformers. We’ve only seen one design, but we popped in and found two! The Christmas ornaments feature the HHN 25 logo, as well as Jack the Clown!

Now before you go getting all excited, the ornaments are not for sale. They are only on display to showcase the handpainted ornaments. However, that doesn’t mean that they will never be on sale. We were told that the ornaments could show up on shelves for this year’s Halloween Horror Nights. 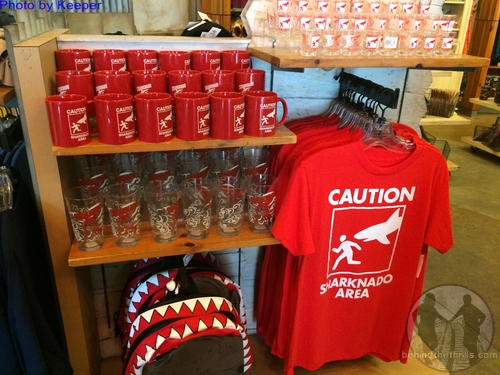 Minions isn’t the only big film from Universal this summer. On July 22nd, Sharknado 3: Oh Hell NO! hits SyFy. The new film had portions filmed at Universal Orlando, and we could see some massive destruction to the area. The Film Vault Store has a full line of Sharknado 3 Merchandise available, including shirts, mugs and backpacks!

So much is happening at Universal Orlando, the summer might feel like it’s almost over, but it’s just getting warmed up!