You thought you knew them, but this weekend, you’ll find out more than you bargained for as Minions hits theaters. Universal Studios Hollywood CityWalk is getting taken over by Minions on July 9th and 10th. The little yellow maniacs will be all over CityWalk as they celebrate the huge new film with giveaways, contests and of course dancing. Plus, when you’re done partying, you can go and transform  yourself at Universal Studios Hollywood. 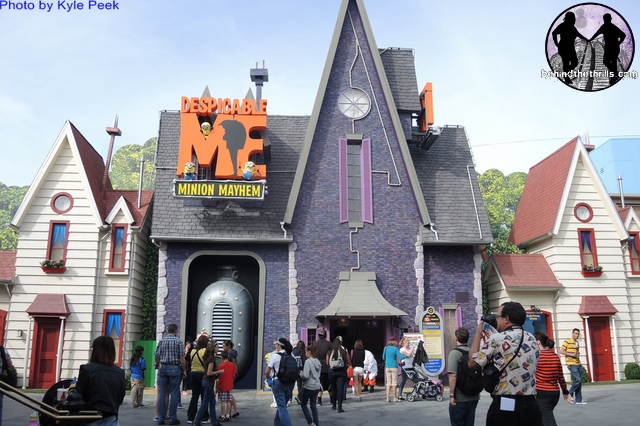 Thursday and Friday night, from 7-10p.m. Universal Hollywood CityWalk will be celebrating the Minions with a huge party. The yellow mischief makers will be celebrating their movie by taking over the 5 Towers stage in CityWalk. Guests can participate in the huge dance party, and see advanced screenings of Minions on Thursday, beginning at 6 p.m.

There will also be huge Minions giveaways and much more fun.

Then, guests can check out the mayhem with Despicable Me:Minion Mayhem at Universal Studios Hollywood. The ride perfectly recreates the house and neighborhood from Despicable Me, and trains guests to be a Minion.

Video-Check out the Mayhem at Universal Studios Hollywood

Guests can also eat like a Minion, and play like a Minion at Super Silly Fun Land. You can also enjoy Frozen Bananas, and Freeze Rays (think Dole Whip only bananas).

Minions will kick off this Friday in theaters near you!