While the summer sun beats down on us all, this weekend Tampa will become one of the coolest places to be. Over the next three days, Tampa Bay Comic Con will be occurring at the Tampa Bay convention center. Headlining are some of the biggest actresses of science fiction actresses of all time: Carrie Fisher (who played the iconic Princess Leila), Lea Thompson (who was the very flirty mother Lorraine in Back to the Future), and Linda Hamilton (who played arguably one of the biggest action characters of film – Sarah Connor from the Terminator). These three sci fi icons join Keisha Castle- Hughes, Jessica Henwick from Game of Thrones (The Sand Vipers), Freema Agyemen(Doctor Who companion Martha), Jenna Malone (The Hunger Games, Sucker Punch) Billy West (Fry from Futurama), and Tom Kenny (Spongebob Squarepants). 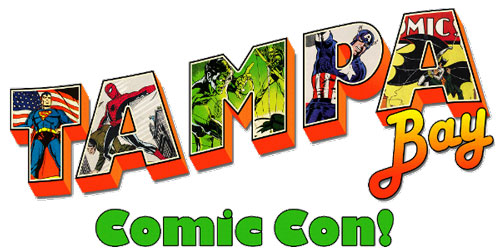 While celebrity guests are a major focus of Tampa Bay Comic Con artists are a big part of the show too. Comic book legend Neil Adams will be the guest of honor this year. Comic con guests will be able to get sketches made for a small price for Adams and many other fantastic artists participating in the show.

Last year, Tampa Bay Comic Con drew in 44,000 fans to the convention center and this year will be even bigger.

Stay tuned for more Comic Con goodness, and be sure to get social with us on Facebook, and follow along with us on Twitter @BehindThrills for the latest updates!

TAGback to the future Star Wars Tampa Tampa Bay Comic Con Terminator
Previous PostGaylord Palms has Christmas "Unwrapped" with Cirque Dreams and Elf on the Shelf Next Post"The Rise of Harry Potter Jr." movie and TV series on the way, but it's not what you think