Blasting zombies is a good way to spend the night. Last year Busch Gardens Tampa was the first theme park haunt to feature a laser tag type haunted maze. Zombie Containment Unit allowed guests to blast zombies in a contained setting at Howl O Scream. Now the interactive experience is back, and it’s up to you to survive. 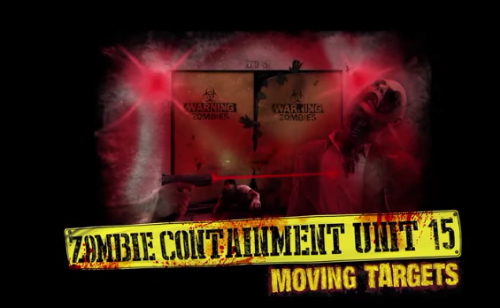 Zombie Containment Unit was one of two new houses at Howl O Scream last year, this year it will once again return.

This is the fifth house to be announced for Howl O Scream at Busch Gardens Tampa, and the fifth returning house, of seven houses total. Already the park has announced the return of Death Water Bayou, The Basement, Zombie Mortuary, and Circus of Superstition in 3D.
The park will most likely announce the return of Deadfall, the second new house of 2014, and will most likely announce one new house for 2015.
Rumors are also surfacing that a new show could be announced for Tampa as well, which would be in addition to the perennial favorite, FIENDS.

Stay tuned for more from Howl O Scream, and be sure to get social with us on Facebook and follow along with us on Twitter @BehindThrills for the latest updates!