Alien vs. Predator returns to Halloween Horror Nights Hollywood for 2015! 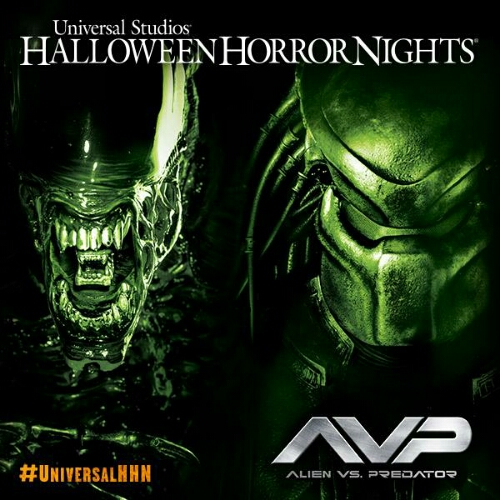 Alien vs. Predator was a huge success in 2014 at Halloween Horror Nights Hollywood,  and it’s back this year for a second round.
According to John Murdy, Creative Director at Halloween Horror Nights Hollywood,  the plan was always to have AvP as a two year house. There was just so much to play with,  and so many great icons, that one year just couldn’t cut it.

The house won’t be exactly the same as last year, but it won’t be new either. Little tweaks, such as the score will happen,  but you can expect the same huge sets and puppets.

Video – Fight with Alien vs Predator

The maze joins the already announced mazes, Crimson Peak, Insidious, The Walking Dead, Halloween: Michael Meyers Comes Home, and This is the End.

There should be more in the coming days, so stay tuned!
Be sure to get social with us on Facebook and follow along with us on Twitter @BehindThrills for the latest updates!