Jack and the Beanstalk is a story that we all grew up with. It was simple…magic beans, castle in the clouds, giant, and giant boom. Disney has even done their own take on Jack and the Beanstalk, with Mickey and the gang. So, how can you elaborate, and even expand on a story that is already so familiar? You don’t. You go bigger. You go…Gigantic. During the animation panel, highlighting both Walt Disney Animation and Pixar Studios, the studio showed off footage of the all new film, and even unveiled a huge new piece on the show floor. Plus, Disney Animation showcased a ton of other amazing films, including Moana. and Zootopia, with some special surprises and announcements. 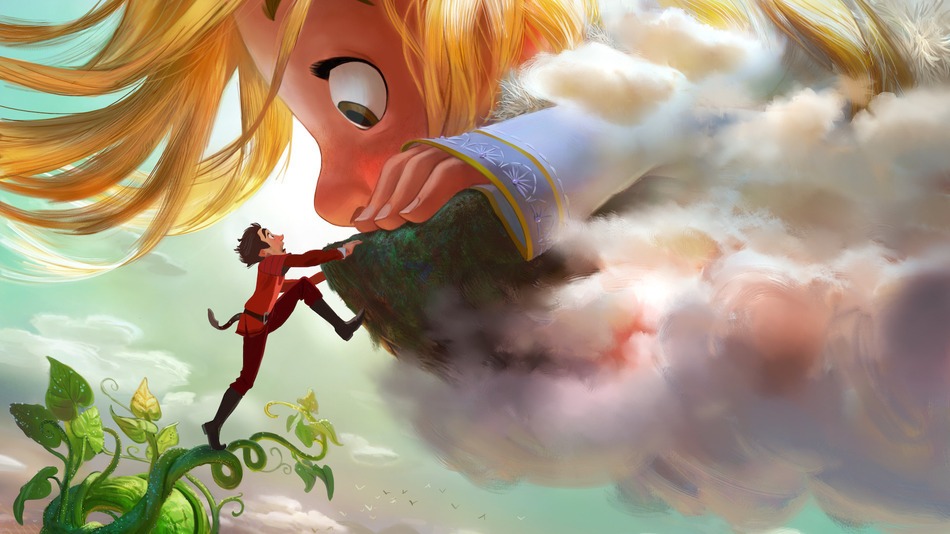 The biggest, (both literal and impact wise) was the new film, Gigantic. Gigantic takes on the story of Jack and the Beanstalk, and goes bigger. How can you go bigger than a massive giant? How about a whole giant city in the clouds? The biggest difference is that the story takes place in Spain, during the age of exploration. Jack befriends a girl named Inma, an 60 foot tall 11 year old girl. Inma is based off of an 11 year old girl that the crew met in Spain while doing research for the film. The girl had such an amazing personality that animators drew off of her, when designing the character of Inma. The two will take on Storm Giants as they try to get Inma back to her giant city in the clouds.

The film has a very “Tangled” vibe to it, and could be the next smash hit for Disney Animation. The songwriting duo behind Frozen, Kristen Anderson-Lopez and Robert Lopez will do the songs for the film. One song was done live at the event, and we can see this being the next “Let it Go”.

To get even more excited for the film, the animators unveiled a HUGE beanstalk in the middle of the show floor! 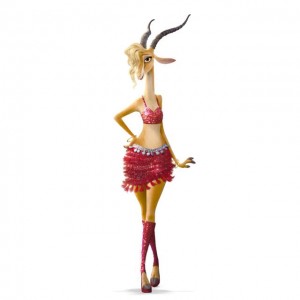 Next up is a look at Zootopia, which hits theaters on March 4th, 2016, starting the busy year of animation for Disney. The film centers around the world of animals…that walk and talk like humans. The city that they create is kind of just what you would expect, a weird middle ground of human and animals, kind of like what we would find in a zoo. There was the desert area, very hot and very rich. The rabbit town, with a clock that kept ticking up the population, and of course a cold area that used recycled snow from Frozen! (Okay, not really…but it was a cute joke).

The story centers around Judy Hopps, voiced by Ginnifer Goodwin from Once Upon a Time, who wants to be an officer so bad she can taste it. The only problem is that, like this world, Zootopia is filled with stereotypes…and only the strongest can be officers. So while big tigers and such are the major officers, Judy is forced to be a meter maid. She ends up on a missing persons…err…animal, case and has 48 hours to solve it. She enlists the help of a cunning conning fox, voiced by Jason Bateman.

The film will be played as an action/comedy/buddy movie. It’s going to use a lot of cute gags from the animals, including a visit to the DMV…where all the clerks are Sloths. Sounds about right. One especially hilarious scene is when the two tell a “fast” sloth named Flash a joke…his face goes from plain to a smile in minutes as he slowly gets the joke.

The biggest news is that singer Shakira, will play Zootopia’s biggest popstar, a gazelle. She’ll also do one of the key songs for the film as well. 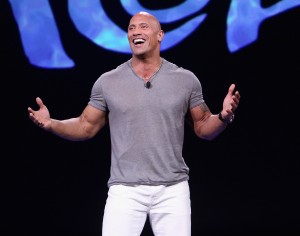 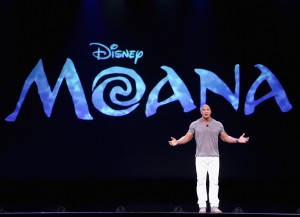 The other major showstopper was Moana (pronounced Mo-Ah-Na). The film is full of amazing music, with much of it coming from Tony-winner Lin-Manuel Miranda, Grammy-winning composer Mark Mancina (“Tarzan” “The Lion King”), and Opetaia Foa’i (founder and lead singer of the world music award-winning band Te Vaka). The film centers on the story of a girl named Moana  who sets out to prove herself a master wayfinder. She encounters the once powerful demi-god Maui, played by Dwayne Johnson. his star power is in full effect here as the animated god has tattoos which move and swirl with his emotions. The music was the centerpiece, but the animation here was absolutely gorgeous. There are a lot of Hawaiian folk tales at play in the clips, including volcanoes, the ocean and tons of animals. An absolutely great part is where Moana is greeted by the ocean…while the ocean doesn’t have a physical form, it does play with her, and parts leading a dry path for her to walk through, seeing all the animals of the sea.

The movie will hit theaters in November of 2016, and will most likely be massive hit in the same vein as Frozen.

There was no mention of Frozen 2, or Wreck-It-Ralph 2 just yet, but we expect that after next year’s especially busy season, we’ll see something from those two films.
Stay tuned for more from D23, and be sure to get social with us on Facebook, and follow along with us on Twitter @BehindThrills for the latest updates!