Shanghai Disneyland is breaking the tradition of the rest of the Disneyland parks in the world when it opens in Spring of 2016. The new park will feature a lot of firsts for the Disney chain, including the amount of attention that is paid to the culture of China. Never before has Disney embarked on a project as big as this one. Over the weekend, The D23 Expo had a very special look at the rides, attractions, culture and the park itself. We’ll take you into Chinese Gardens, new lands, into the future, and make deals with pirates. Are you ready to venture into one of the most creatively different Disney theme parks to ever have been built? 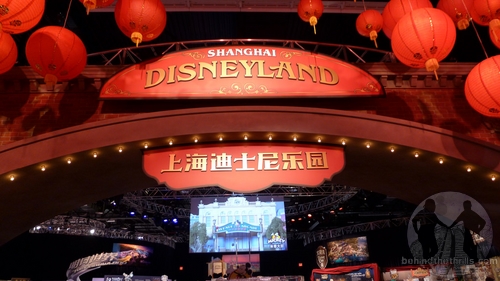 Starting off with the exhibit in the Parks Pavilion at the D23 Expo, Shanghai looks absolutely gorgeous. The entire booth is filled with costumes, art work, models and more coming to the park when it opens in the Spring of 2016. The new park has been billed as one of the most original Disney parks to date, mixing Disney characters, with traditional Chinese Culture and imagery.

Video-Take a walk through the Shanghai Disney Pavilion

The most unique thing about Shanghai Disneyland is the choice to mix up the traditional Disney landscape. This new park will not have an Adventureland, or Frontierland. Instead it will have new lands that explore new frontiers and adventure. It will also be the first park to have a land devoted solely to Pirates. 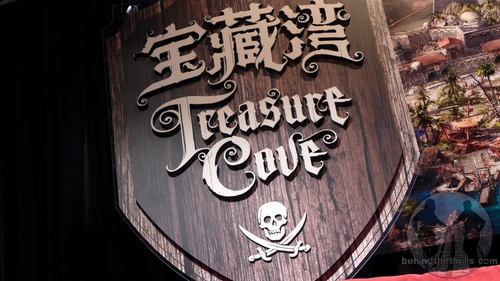 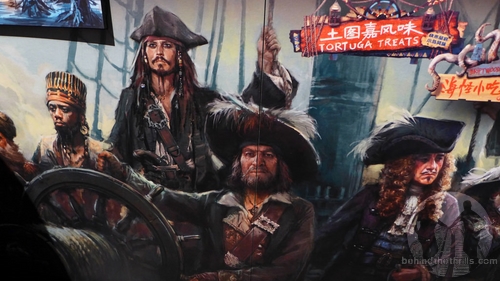 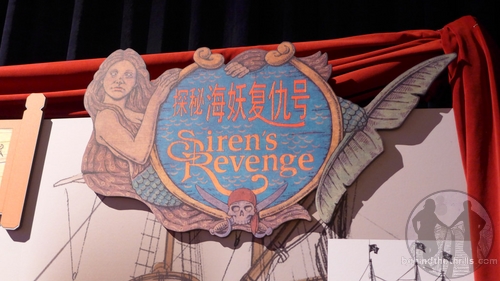 Treasure Cove is the first land themed around Pirates of the Caribbean, the classic Disney tale. Everyone here in the states, and elsewhere, knew Pirates from the Disney ride first, and then from the films. China hasn’t really had that privilege. They knew the films first, and those pirate characters, so Disney has built an entire land around them, using characters and stories from the film. The area will feature an all new ride, stuntshow, restaurant and themed shops. Oh, and there will be a docked pirate ship you can walk around and explore. You can even fire cannons. 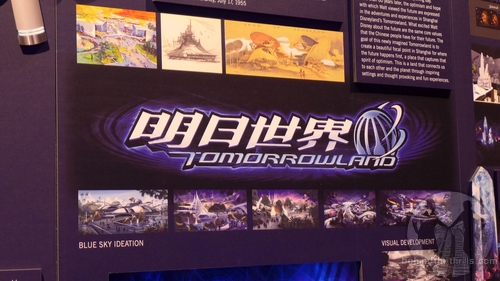 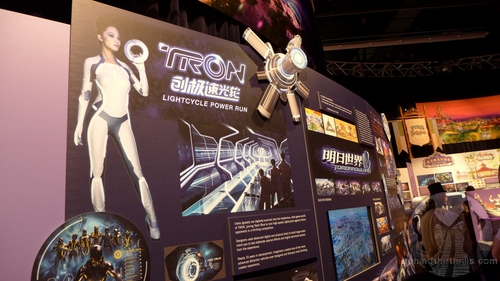 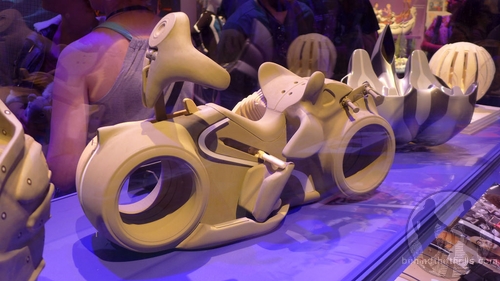 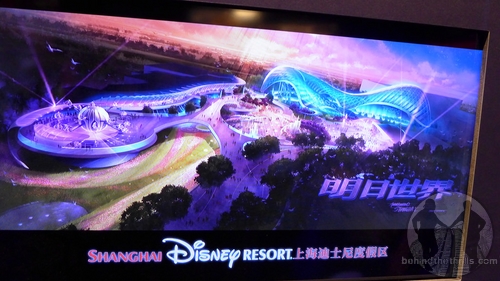 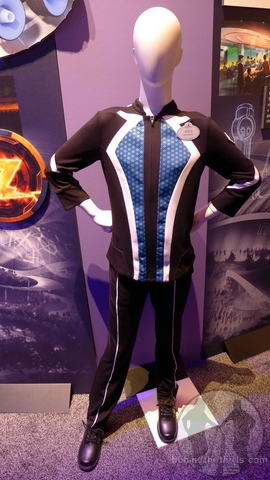 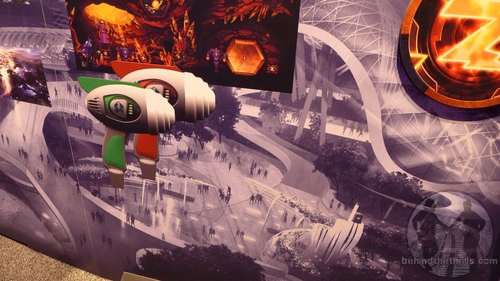 The one land everyone is talking about is Tomorrowland. It’s a fan favorite at all Disney parks, looking towards the future and a big beautiful tomorrow. Shanghai has taken that idea, and amped it up. The signature attraction will be the amazing looking Tron Light Cycle coasters. It will race guests in and out of buildings, and all around Tomorrowland. It will be the fastest attraction at any Disney park, and will a unique blend of dark ride and roller coaster.
Other attractions include an update to the familiar Buzz Lightyear Space Ranger Spin. Instead of fixed lasers, guests will blast through with amazing new handheld blasters. Instead of being on a mission as a toy, the new ride will put guests in the middle of an intergalactic battle against Zurg.
There will also be a new Jet Pack rode which will allow riders to control how high or low they blast off.

The entire area has a very futuristic aesthetic, with lots of dark colors, mixed with actual light. You’ll see buildings glowing, while being sleek, and darker than your typical Tomorrowland. The one signature missing is Space Mountain. The futuristic feel really doesn’t seem to lend itself to the classic attraction, but instead yo the massive light cycle coaster. 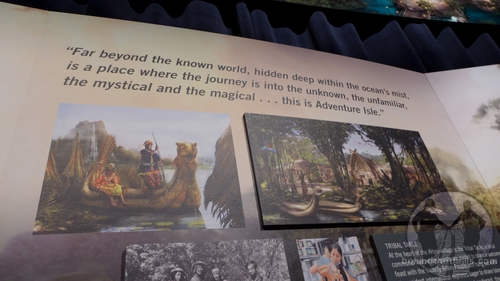 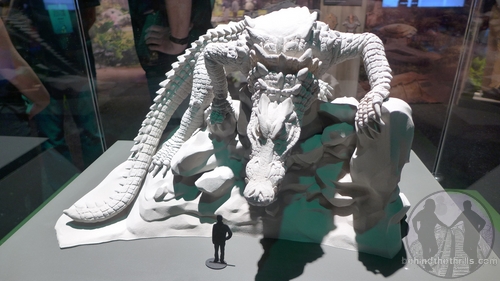 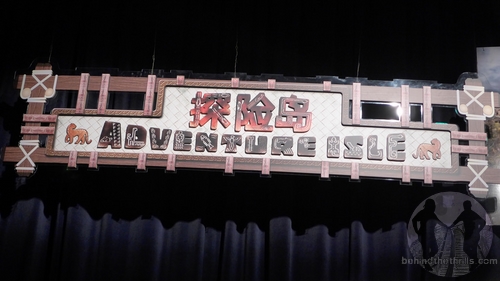 Adventure Isle is very much a new take on Adventureland, and it also has a beast that you’ve never seen before, quite literally. Imagineers worked with Chinese paleontologists to find a reptilian creature that both looks ancient, local and scary. They didn’t want just any monster, they wanted something that China could definitely relate to. This big monster is at the center of Roaring Rapids, which will take guests through an ancient dig, and and find the secret of what makes the river roar.

There are also play areas that let kids climb, and play in the mountains of Adventure, as well as a huge theater and tribal restaurant. 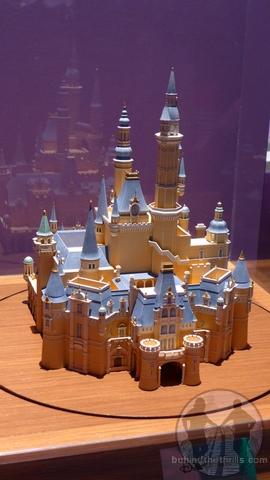 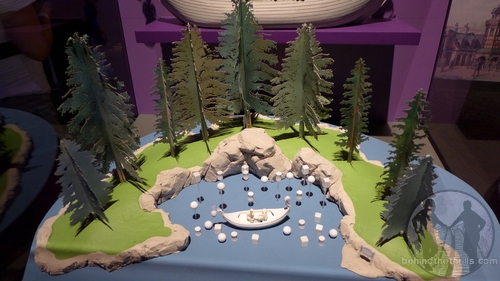 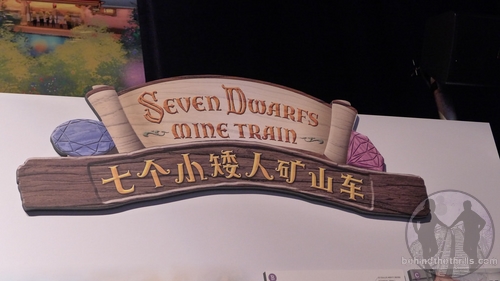 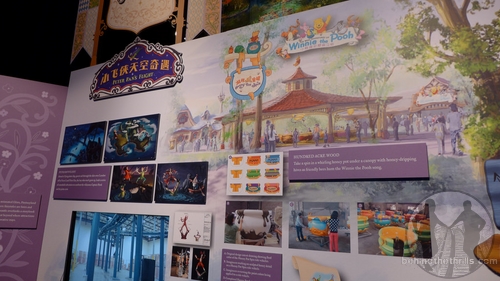 Fantasyland will be modeled after the New Fantasyland at Walt Disney World. The area will feature updated classics like Peter Pan, and Dumbo, but will also feature a new take on Winnie the Pooh, and Seven Dwarfs Mine Train. The attraction debuted last year at Magic Kingdom, and became a surprise hit.
Slideshow-Check out even more pictures from Shanghai Disneyland

There will be more information about Shanghai coming very soon with the full D23 Shanghai Disneyland panel.