Disney unveils huge new lands based on Star Wars and Toy Story! How will Universal respond?

Over the weekend,  Disney dropped the proverbial mic when they announced massive expansions during their D23 Parks and Resorts presentation.  The company announced new lands based on Star Wars,  and Toy Story,  both coming to American parks within the coming years. The fans exploded, and the world has been talking about Star Wars attractions ever since. With all the huge announcements, and the future of Disney now set to go to a galaxy far, far, away, what will the rest of theme park counter with? More specifically,  what will Disney’s biggest competition, Universal,  fire back with? 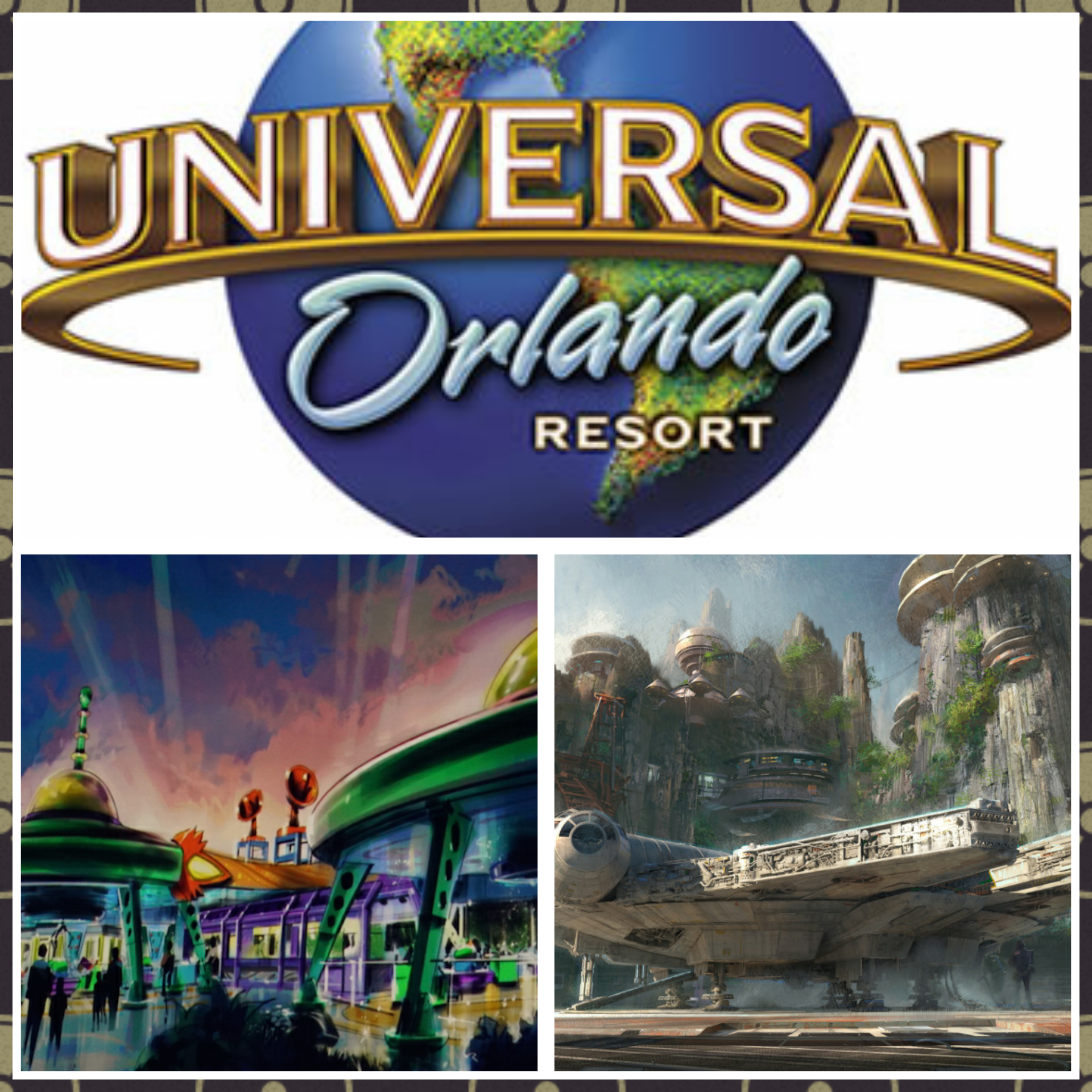 Over the past few years, theme parks have been spending big money to bring in guests in record numbers. Universal changed how the rest of the world saw the park when they opened the Wizarding World of Harry Potter in 2010. Potter also changed the park, bringing in record profits and attendance.
Disney countered with The New Fantasyland at Magic Kingdom,  and even rolled out a bit of magic of their own with the amazing Cars Land and the completion of a billion dollar make over of Disney’s California Adventure.
It seems that since those two major expansions, both parks have been trying to outdo each other, with Universal trying seemingly harder by releasing a major new attraction or expansion every year.
In 2014 alone Universal opened The Wizarding World of Harry Potter in Universal Studios Japan,  Despicable Me: Minion Mayhem and Super Silly Funland at Universal Studios Hollywood.  In Orlando,  the entire resort changed with a new Wizarding World of Harry Potter expansion themed around Diagon Alley,  a new 50’s themed hotel, and a massive refurbishment of CityWalk.
In 2015, Universal Japan rolled out a 3D version of Harry Potter and the Forbidden Journey.  Hollywood brought Springfield to life,  and added The Fast and Furious to their studio tour, as well as a Nighttime Studio Tour for the 50th anniversary.
Disneyland celebrated the 60th anniversary with a new parade, refurbished classic attractions and a new fireworks show. Walt Disney World brought back the Frozen Summer program. Disney is also slowly (and we mean very slowly) undergoing the transformation of Downtown Disney to Disney Springs. The new entertainment and dining area has opened several shops through the past two years, but more are coming.

Many are declaring Universal the “winner” in theme park wars, but the battle is far from over, especially with Disney dominating attendance.

With the big announcement, many are wondering what Universal will fire back with, or if they will.

According to rumors circulating, Universal will not only fire back, but they will do it sooner rather than later.  Hollywood has The Wizarding World of Harry Potter opening in Spring of 2016, with many other projects rumored, including a new hotel, and retooling of attractions all over the park. Orlando has tons of projects on the plate, including Sapphire Falls Resort,  Skull Island : Reign of Kong, both scheduled to open in 2016. Incredible Hulk will also see a rehab in the summer of 2016. In 2017, Universal will open their new waterpark,  Volcano Bay.
But what about what we haven’t seen announced yet?
Orlando could see a new Jimmy Fallon attraction taking over for Twister with a tour of New York and his studio. Disaster is also rumored to go under the knife, becoming an expanded version of Fast and Furious which opened in Hollywood. More hotels are allegedly on the way, as well as a themed land based on Nintendo (which has been confirmed) sometime in the future. There’s also a string rumors of a third Orlando theme park, somewhere close to Universal Orlando’s current location. Rumors on the new park include an entire park themes to video games, such as Nintendo,  World of Warcraft and XBox titles. Another rumor has the 3rd park being a music themed park, full of genres, rather than specific titles, with Universal Music Group Artists being rotated through on a regular basis.

Still, one more rumor has Universal unleashing partnerships with new properties,  as well as expanding current partnerships. What kind of partnerships? Big ones,  some on the level of Harry Potter. There is no way to know way to know for sure when these announcements will happen, but the way the rumors say…it could be very soon.

Again, we must stress that these are just rumors, and anything could happen, change, or simply be wrong.  Still, it’s a very exciting time to be a theme park fan, or planning a vacation.