Fast and Furious coming to Universal Orlando in 2017?

A fan on Twitter apparently uncovered a look at an all new attraction hitting Universal Orlando in 2017. This confirms rumors that have been swirling around for months about a new attraction based on the franchise coming to Orlando. The attraction opened this year at Universal Studios Hollywood, as part of their Studio Tour. Now keep in mind that this has NOT been officially announced, so until it does, it’s not happening. 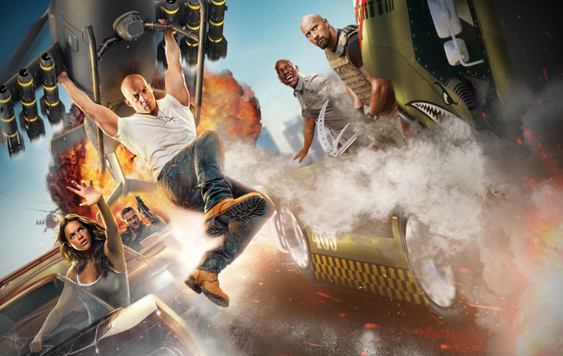 According to the tweet, and several other websites  the Official Universal Parks Blog (click here) had a post set to publish at midnight that detailed the new Fast and Furious Attraction, which will be coming to Universal Studios Florida in 2017. Unlike the attraction in Hollywood, the new Orlando attraction would be a stand alone attraction, and not only include the experience from Universal Studios Hollywood, but also add huge set pieces, and different experiences, including cars from the Fast and Furious films.

The post went on to say that not only would the attraction be open sometime in 2017, but it would also take over the space for Disaster! as well as the newly revamped BeetleJuice Show. Both of those attractions are in the San Francisco area. The new attraction would take guests through a new adventure through the streets of San Francisco. Disaster would be closed as soon as September 8th, with Beetlejuice going away at a later date.

So, is it happening? The information has since been removed, and password protected. Even if it doesn’t, Universal has some huge irons in the fire already, with Skull Island:Reign of Kong, and Sapphire Falls both scheduled to open next year. Then there’s Volcano Bay, opening in 2017, along with the rumored Fast & Furious.

Stay tuned as we learn more about this story.