Saturday will most likely be the day that we get our next really good look at Star Wars The Force Awakens. The new film arrives in theaters on December 18th, but we are already counting down the days. The film will more thank likely be the focus of the huge Lucasfilm section of the D23 Expo Panel, but we get a cool new look at the film via a Korean television spot. 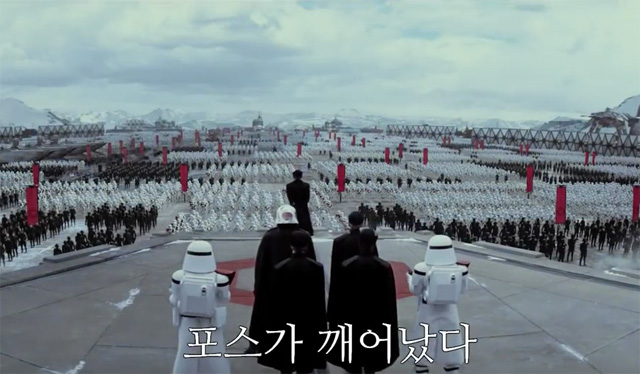 The new spot is only a few seconds long, and doesn’t reveal anything majorly new…except an army of Stormtroopers. Yeah, there’s that. You thought the Empire was just going to go away and disappear after Return of the Jedi? Not likely!

How excited does this make you?

Stay tuned for more Star Wars fun, and be sure to get social with us on  Facbeook, and follow along with us on Twitter @BehindThrills for the latest updates!