Knott’s is one of the kings of Halloween. Their Knott’s Scary Farm event is the longest running theme park haunt in history, going into it’s 43rd season. However, for parents with families, the event can be a bit of a nightmare. Knott’s is gearing up a new event for kids this year with Knott’s Spooky Farm, a daytime, non scary event that is aimed at those not old (or brave enough) to tackle the nighttime terrors that come out to play. 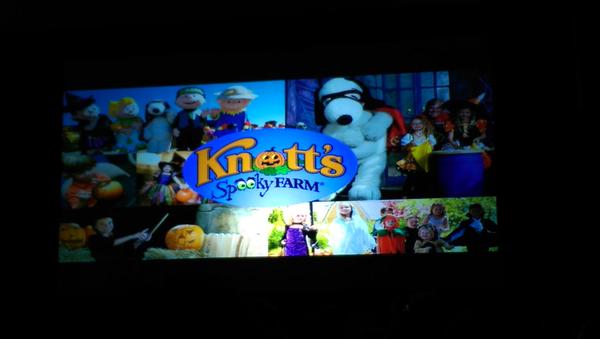 The all new event was announced at the annual Scare LA, horror convention earlier today, as part of the huge knott’s Scary Farm panel. Knott’s Spooky Farm will be aimed at kids ages 3 to 11, and will replace “Camp Spooky”. The event will now take over Ghost Town, Boardwalk, Fiesta Village and Camp Snoopy areas. The new event will share some of the same activities, such as walk around characters, costume contests and trick or treating…but now there seems to be more of it.

The event will run weekends only from October 3rd until October 31st. More details will be released in the coming weeks.

Stay tuned for more from Knott’s and be sure to get social with us on Facebook, and follow along with us on Twitter @BehindThrills for the latest updates!