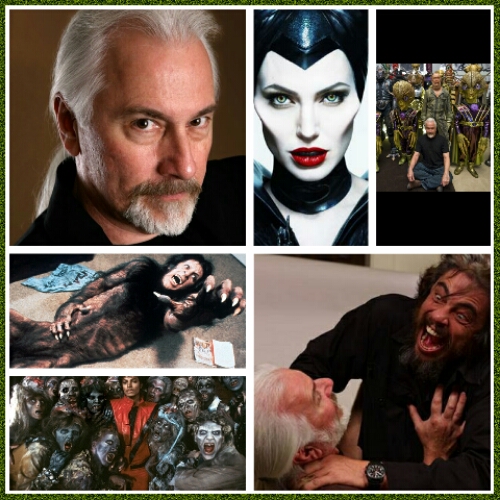 One of the most accomplished special effects makeup artist during the 20th century is Rick Baker. Born in 1950, his father was an artist and taught him the basics of sculpting and modeling.After working on many films, being an assistant to Dick Smith on the Exorcist, Baker would truly display his artistry genius in the film An American Werewolf In London.

Arguably one of the most memorable scenes from the 1981 John Landis film An American Werewolf in London, is the transformation scene in which the actor turn into a werewolf. In order to do this realistically, Rick Baker created mechanical pieces. Baker affixed several appliances onto the actors face. The stages of transformation were created by sculpting three mechanical heads made of resin and fiberglass covered over with foam rubber skin. After editing the actors mouth became elongated and turned in to a wolf snout. Long hairs were planted into the foam rubber skin so they would push through the material. This kinetic sculpture would award Rick Baker his first Oscar. Some of Baker’s most recognized work is his artwork on the Michael Jackson “Thriller” music video as well as the many age and race makeups for Eddie Murphy in Coming to America. He has won seven Oscar awards for his art in Harry and the Hendersons, Ed Wood, and The Grinch. In 2013, he received a star on the Hollywood Hall of Fame- one of the very few makeup artists to do so.

Rick Baker retired earlier this year. His work will influence generations- not to mention scare us at Halloween Horror Nights in Orlando, at the American Werewolf in London House.