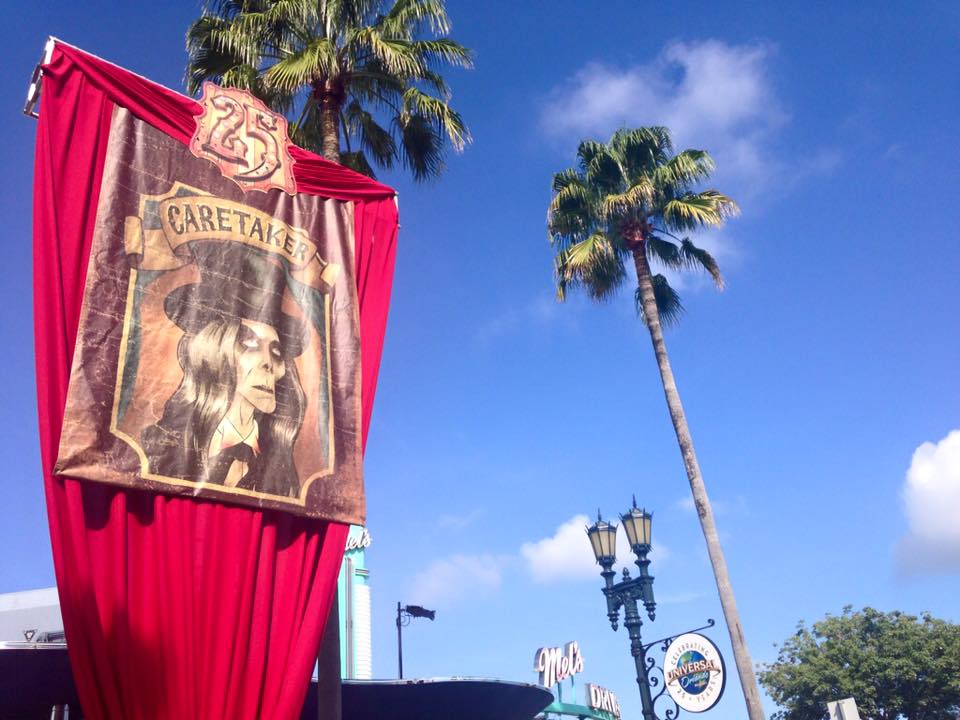 Street decorations have started rolling into Universal Studios Florida, all getting ready for Halloween Horror Nights. No streets have been announced,  but the cat seems to be let out of the bag, as banners featuring past icons have taken to the area in front of Terminator,  all the way down to Mel’s Drive-In.

This is a definite sign that we can expect to see a past icons scare zone, gull of some great photo opportunities 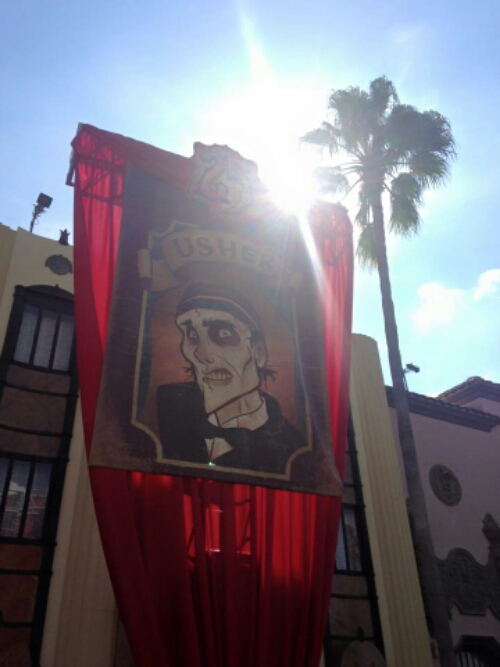 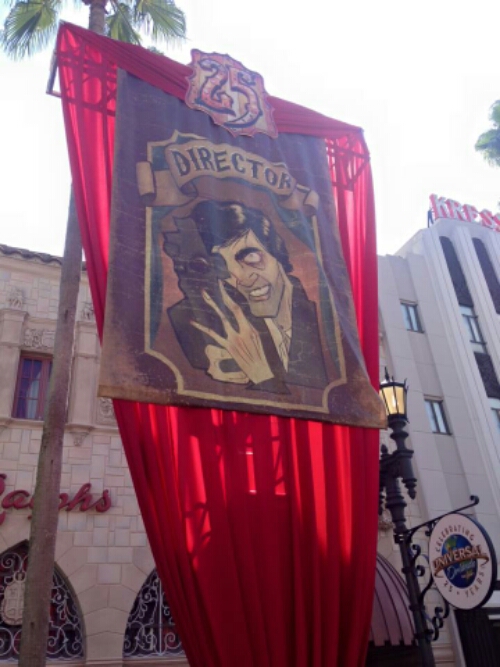 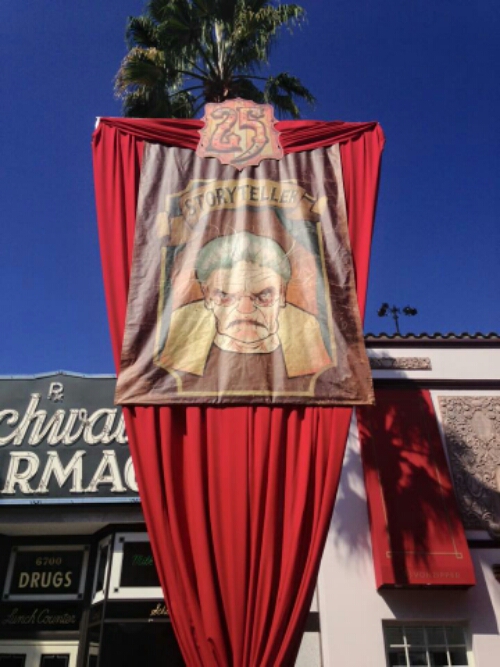 For those unfamiliar with past HHN Icons, the banners show off (from top to bottom) The Caretaker, The Usher, The Director,  and The Storyteller.

The icons were the face of the event, long before Universal started using major horror franchises such as Michael Myers,  Freddy, and The Walking Dead.

This is the 25th anniversary of Halloween Horror Nights,  and we already know that Jack the Clown will also return.

The full line up for this year’s Halloween Horror Nights at Universal Studios Florida has not been officially revealed yet, but does include Freddy vs Jason,  The Walking Dead,  Insidious,  and The Purge.

Special thanks to Magic City Mayhem for all the great pics!