Fire breaks out behind Norway Pavilion at Epcot

Local news stations are reporting that a small fire broke out behind the Norway Pavilion at Walt Disney World’s Epcot on Wednesday afternoon. There were no reports of injuries, but Disney took the extreme precautions of evacuating the area…just in case. Fire crews were called out, the fire was extinguished, and business was back under way as usual. Or was it? 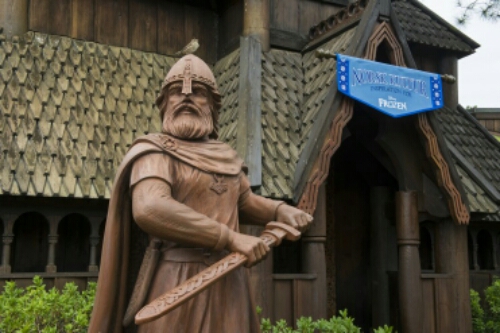 The Norway pavilion at Epcot’s World Showcase is being renovated and will be transformed into Arendelle, the mystical land of Frozen. While the movie and the attraction will be based in Norway, many Disney fans, and Epcot lovers say that Frozen has nothing to do with World Showcase. Perhaps they’re right.

Last month, a few more details about Frozen Ever After at Epcot were released, including more concept art, and plans for a new meet and greet.

Frozen Ever After is sure to be a huge hit, but many are saddened by the fact that Norway’s Maelstrom attraction has been closed, and gutted to make room for Olaf, and company. However, inside sources tell us that while the Maelstroms signature trolls have been removed, they have not completely disappeared (DISAPPEAR! DISAPPEAR!).

For those familiar with troll folklore, you’ll know that trolls are known to be very mischievous, and love to play pranks. It appears that construction workers around the Norway pavilion have been noticing things like missing tools, and items put in the wrong places. Even one of the many new animatronics, placed in the spot where the iconic three headed troll once stood, has been seeing some tinkering of unknown origin. Now, comes word of the fire.

Are these the workings of electrical malfunctions, freak occurrences… or are Trolls, who miss their home to blame?

Is all of this made up? More than likely.

Frozen Ever After opens in 2016 at Epcot…if the trolls allow it.