Halloween Time is back at Disneyland! This is the time of year when the crypt door opens to Halloween Town and Christmas Town, when ghosts take over the mountain, and when pumpkins come alive. Halloween Time at Disneyland is quite a bit of fun, from Mickey’s Halloween Party, to the huge layovers of many of the big attractions. We’ll take you around Disneyland, and show you a little of what’s happening for this Halloween season. 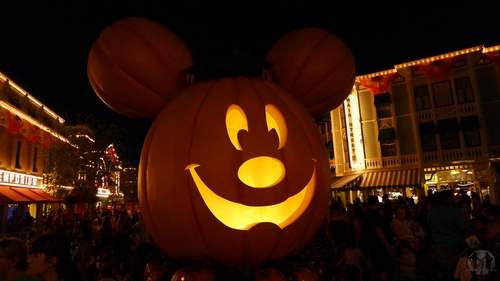 Decorations are back up and all new merchandise is out at Disneyland. The huge ride layovers are also back. This year the park is also celebrating their 60th anniversary, which is playing a huge part in the festivities. From the new parade, and fireworks, to even a new visitor in the Haunted Mansion, the holidays are a fun time of year to experience all the big celebrations that Disneyland is giving guests for their big Diamond Anniversary. 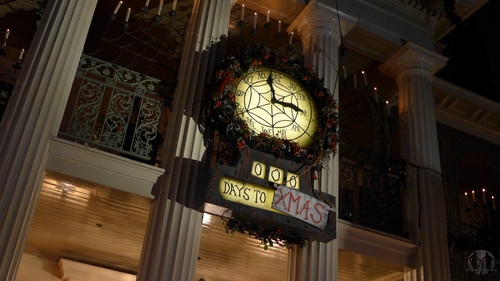 Of course the first stop for Halloween has got to be the Haunted Mansion. During the holiday season, Disneyland takes guests through the world of The Nightmare Before Christmas. The story changes from the Grim, Grinning Ghosts, to an adventure through Halloween Town and Christmas Town. The overlay is made extra special this year with the return of the Hatbox Ghost. The figure was a legend, only lasting a very short time when the mansion originally opened. Now the figure not only has come home, but is also feeling a little festive during the holidays.

Other attractions with a huge make over include Ghost Galaxy, the Halloween make over of Space Mountain. This annual tradition takes spooky projections and music, and puts all over the iconic ride. 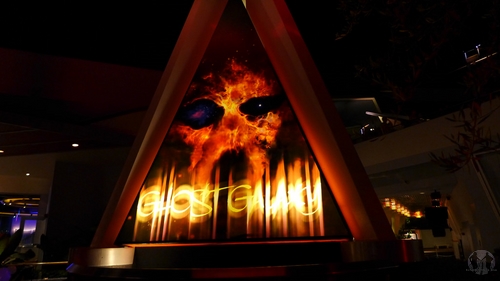 Ghost Galaxy will not be the only overlay for the park in the coming months. Star Wars fans will rejoice when Space Mountain receives a huge make over with Star Wars projections and music in the Spring as “The Season of the Force” kicks off in 2016.

This year, Halloween Time at Disneyland will feature all new costumes, and tons of characters, as the Paint the Night Parade comes to life every night. Guests can see the new parade, which was brought to Disneyland for their 60th anniversary, during Mickey’s Halloween Party, and every night. On non-party nights, guests can also experience the massive new “Disneyland Forever” Fireworks show.

Paint the Night with Disney’s all new parade!

Halloween Time at Disney also means that Christmas is right around the corner, which will be filled with tons of extra special goodies this year as the park keeps the 60th anniversary celebration moving.

Slideshow-Check out even more pictures from Disneyland