Is Disney banning chanting at their Florida parks?

Disney has taken some of the annoying out of the term “annoying tourist” in the parks lately by banning the often abused selfie sticks earlier this year. Now reports come in that Disney is looking at placing a ban on another annoying activity, crowd chanting. According to OrlPassholder.com, that may be a reality very soon. Is this legit? The highly unlikely scenario does have a little merit, but is Disney truly going to ban groups from chanting, or is this just wishful thinking? 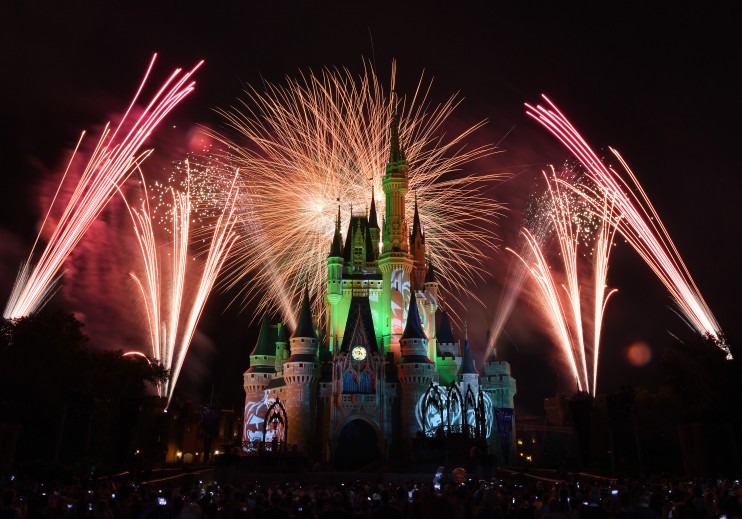 Tour groups, whether they be Brazilian, cheerleaders or otherwise are a huge part of any theme park, especially at Walt Disney World. As the rule goes, get a huge group of excited people together, and sometimes they get a little unruly. This leads to many things, one of the most annoying being the loud, rhythmic chanting, usually accompanied by clapping.

According to Orlpassholder, Disney is looking to ban this behavior altogether. According to site, “an incident” occurred which the cast and crew blamed on surrounding people chanting. The ban will come to further prevent any more safety issues.

Before you go taking out the earplugs, let’s look at this. Disney has not officially said anything one way or another about an incident, or about banning chanting. Usually when something major like this happens, at least the employees are informed first, and that hasn’t seemed to have happened. Then there’s the most logical of thoughts…how on earth are Disney employees, who are already busy dealing with many other things, going to stop a group of about 40 people from chanting and clapping?

Sure, it’s an annoying behavior, but is it going to be stopped, or will it be able to be stopped? Seems highly unlikely.

As for the safety aspect of it, that is perfectly acceptable. As someone else pointed out, if Disney sees a group of cheerleaders doing flips or jumps in the park during their many competitions, they are asked to leave the park. However, picking out a group of cheerleaders gathered in one spot in a park, flipping and jumping is much easier than picking out a tour group who is chanting and clapping as they go from place to place, and wait in a crowded line full of other people.

So, will chanting stop in Disney Parks? Not likely, but we just might see some signs in the park asking guests to refrain. We will just have to wait and see.

TAGchanting ban Walt Disney World
Previous PostStar Wars Land construction to start in 2016, could give an idea of opening timeline Next PostOnline petition aims to save Aladdin show at Disney's California Adventure