The witch is back! Hocus Pocus Villain Spectacular debuts at Mickey’s Not So Scary Halloween Party!

Okay kids of the 90’s, this one is aimed directly at your heart, and fortunately it does not miss! The first night of Mickey’s Not So Scary Halloween Party kicked off Tuesday night at the Magic Kingdom, and it was filled with the usual goodness that is expected. Candy, costumes, and of course spooky fun were definitely on the agenda. However, there was one huge new addition that everyone was waiting for, the Hocus Pocus Villain Spectacular. The all new Halloween stage show brings the Sanderson Sisters from the 1993 Halloween favorite, Hocus Pocus back for the biggest party this side of the graveyard. 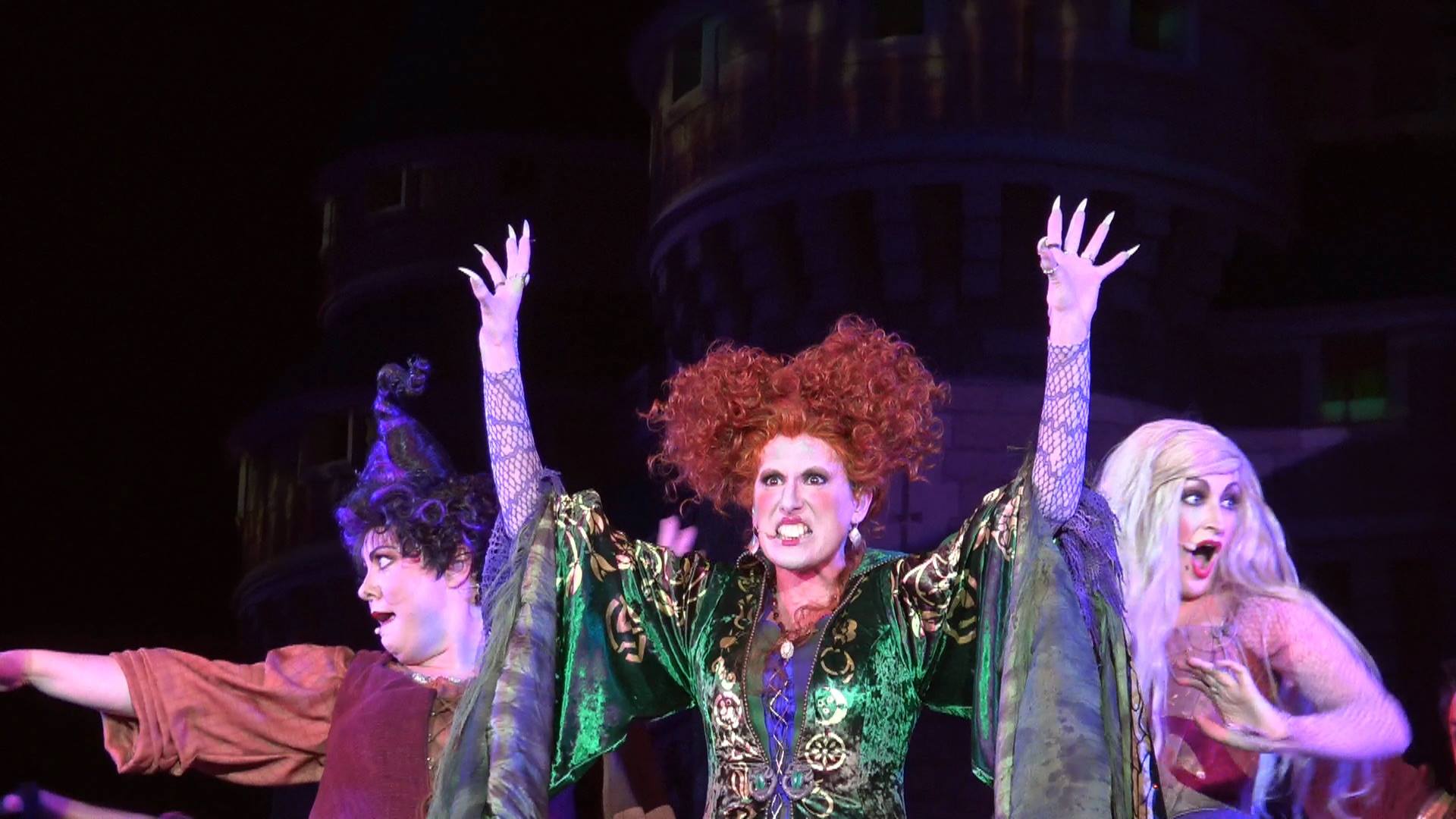 Let’s start out by thanking John from BigFatPanda.com, who provided the amazing video footage and photos.

The all new show takes place on Halloween night (naturally) where the Sanderson sisters are released from the graveyard to run amok (amok, amok, amok) in the mortal world. Rather than seek revenge, they decide they’ve been cooped up way too long and have a huge party, and invite some of the most dastardly villains to return and wreak havoc, and celebrate Halloween with them.

Why let us tell you about all the fun, see it for yourself in an all new, amazing, multi-angle video.

The show is such a delight, and really about the perfect match for something like Mickey’s Not So Scary. It has everything that one would expect from a Halloween show, with fireworks, special guest appearances, and of course…magic. 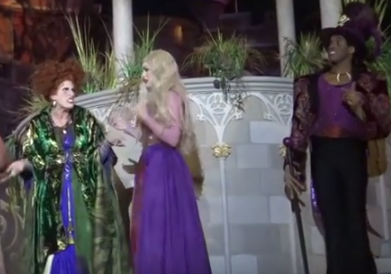 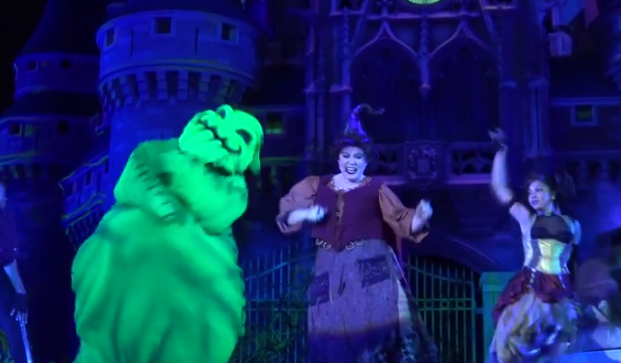 Soon the sisters have villains like Dr. Facilier, Oogie Boogie, Malificent, and pretty much every single Disney villain ever made for the biggest spell, and party that the Magic Kingdom has ever seen. Some of the villains have new looks as well. Instead of using the big bulky character costumes, they’ve opted for face characters for the big final dance number. Jafar, Captain Hook, Hades and a few others who are usually costumed characters are more personified here, and it works so much better in this environment. 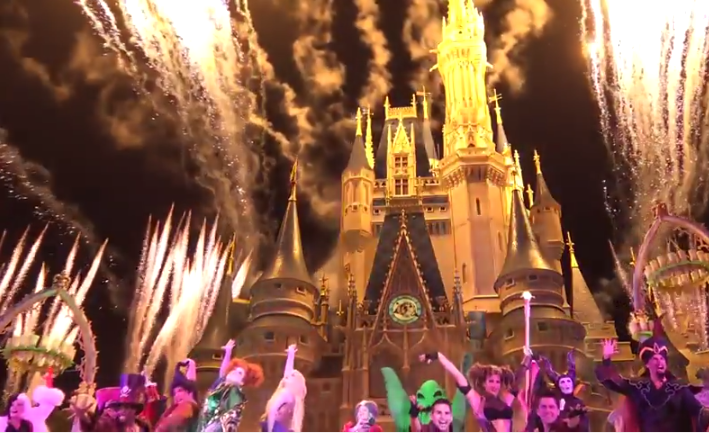 The show itself is kind of a direct sequel to the film, with the sisters talking about what happened last time they were out. Winifred even jokes “It’s been 22 years since the last time we were out…we’re getting better at this!”

The sisters themselves are really on point, with Winifred, Mary and Sarah being cast extremely close to their film counterparts. Even the costumes are pretty dead on. The show directors really wanted to make this as authentic to the film as possible, and they succeeded. The show also uses the right amount of projection on the castle to bring everything to life, using it to accentuate at certain times, rather than dominate the show.

The show is also extremely family friendly. Sure there’s a little bit of some spooky elements happening, but nothing more than what is going on at the rest of Not So Scary. It truly is a fun time, and something that kids will love to watch. It honestly makes you want to pop the movie in again, and relive the fun with the Sanderson Sisters.

The all new show will be exclusively at Mickey’s Not So Scary Halloween Party, and tickets are selling out very fast. The opening night was completely sold out, so you will want to grab tickets soon.