Frank Kincaid was a legendary action director. He wrote the book (literally) on how to make a great disaster movie. He was the head writer, director, choreographer, blood, sweat and tears of Disaster Studios, and he believed in his latest film, Mutha Nature so much that he sank every last dime into it. Unfortunately, the film was dismal. I blame the extras, honestly, it’s so hard to get good help these days. Sadly, heartbroken, Frank Kincaid went to that big movie studio in the sky on Monday, as Disaster Studios closed it’s doors for good. Okay, so Frank Kincaid was completely made up, but he is gone as Universal Orlando closed it’s doors on Monday. 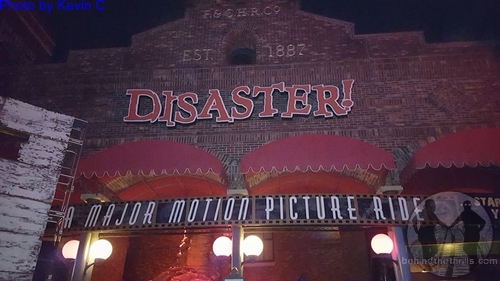 On Monday, September 8th, 2015, Universal Studios Florida did one final take of Disaster! Studios. The closing of the ride actually marks another classic attraction at Universal Orlando that pretty much opened with the park…sort of. The ride closed to make way for the all new Fast & Furious: Supercharged. 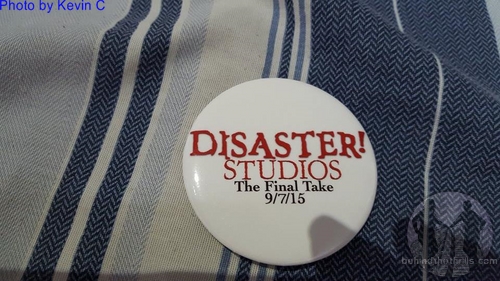 Cast and crew handed out buttons for the final ride on Disaster, as the ride shut down. The audience was filled with fans of the ride, and those who wanted to see the ride go off in style. Top executives were present, and as the last lines were spoken, and Lonnie moved everyone on for the last time, the audience cheered, sending the ride off into the sunset…or the underground tunnel. 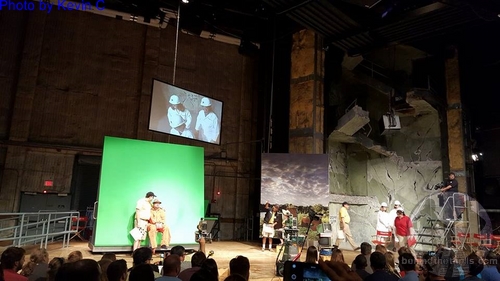 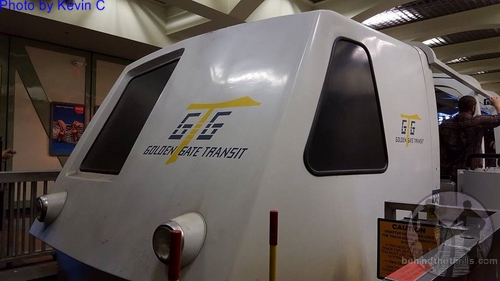 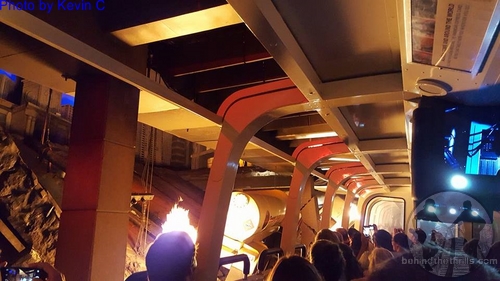 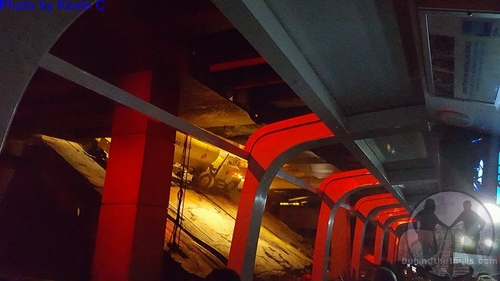 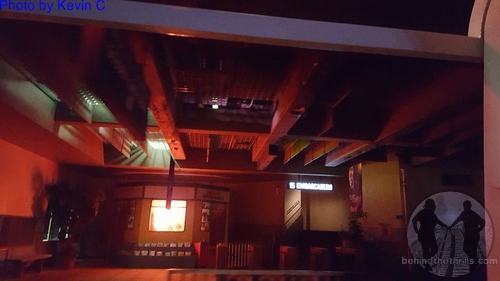 The ride was actually more of an experience, with guests going behind the scenes of the making of a disaster film. The experience started in a pre-show room where guests were cast as extras in a movie. They were then taken into a screening room where they met director Frank Kincaid. The director was played by Christoper Walken, through Musion screen technology. Musion uses a projection screen to make the characters walk around the stage while interacting with other characters and props. While the technology was amazing, the screen did tend to fade over time, making the character stand out more than the rest of the stage.

The audience was then put through a series of shoots, and scenes, doing special effects shots that would be used in the film later in the ride. The ride itself was actually the old Earthquake experience, which opened with the park. In fact, not terribly much changed about the ride when it made the transition from Earthquake to Disaster, except the preshow. The ride remained the same.

The new ride will be very similar to Universal Studios Hollywood’s newest addition to the tram tour, Fast&Furious. The new addition is a finale to the tram, and takes riders on a massive adventure outside of the film. The franchise is one of the top grossing movie franchises in the world, and has grown from a simple “movie about cars” (as so many people have put it) to action spectaculars, featuring cars doing amazing, and insane things. Several of the movies have taken on a heist theme, with the gang using cars to pull of these amazing jobs.

Universal Studios Hollywood is also home to the original Earthquake, which is also a part of the Studio Tour. In fact, Universal Orlando took many aspects of the tram tour, and made them stand alone attractions. It’s a tradition that the park started 25 years ago, and it continues today. Earthquake was just one stop on the tour, showing guests the power and destruction of a huge earthquake.

Video-Experience THE BIG ONE at Universal Studios Hollywood

Will Fast & Furious in Orlando be identical to Hollywood? Not in the slightest. If Disaster is any indication, Universal Orlando is going to expand the experience, much like they’re doing with Kong, and add huge set pieces, and more physical effects. In fact, it’s very likely that guests will see a lot of the old attraction again, with pieces like the trucks and the explosions coming back.
Next year, Universal will bring back the classic, King Kong, as Skull Island: Reign of Kong comes to Islands of Adventure. The new attraction will be based heavily on Kong 360 at Universal Studios Hollywood, only reimagined, and reconstructed from a single scene and screen to a huge new ride with several new elements. It’s likely that Fast & Furious will follow the same mold, taking the basic ideas from Hollywood and expanding on them in a way that you won’t believe.