Universal Orlando has taken to the streets for three all new shows that they premiered over the weekend. Universal Studios Florida has a rich history of street entertainment, from roaming characters, dancers, and even bands. This weekend, Universal brought three entirely new, and entirely different street shows, each with a unique flair. 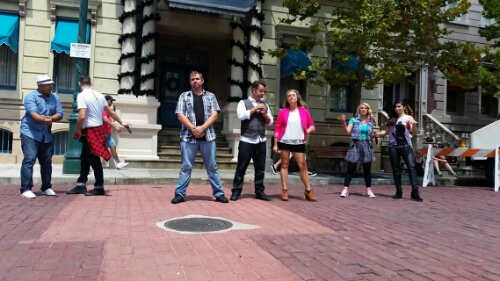 The three new shows are very aware of their surroundings and environment, and in some cases use that to their advantage.

Sing It takes place in the neighborhoods of New York, where a group of friends come together to just simply sing. The new show uses very talented A Cappella singers for a great little show that captured the feel of a New York city burrough. 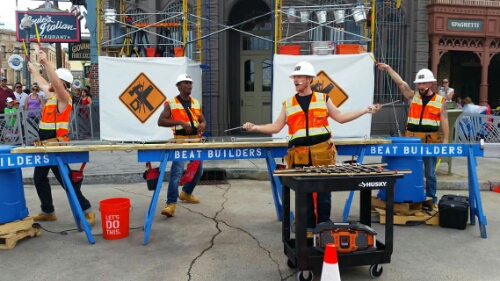 The show itself is a fun little “Stomp” type show, full of construction workers using everything in their grasp to make beats, and rhythm.

The final show, Straight Outta Food Truck is a fun show that uses hip hop as a medium. It’s a fun take on the genre, and is a great way to kill a few minutes between lines.

The all new shows are currently in rehearsal mode, so show times aren’t readily available, but they have been ongoing throughout the day, usually after shows like Beetlejuice ends.