When the crypt door creaks and the tombstones quake…that’s where the next series from Marvel and Disney will take readers as the Comic book giant announced today that they will be rolling out an all new series. The Haunted Mansion is going to get the Comic book treatment, and we have a feeling it will leave guests lining up to be the next happy haunt.  This is the latest in a series of comics that takes your favorite Disney characters and attractions and puts them in comic form. 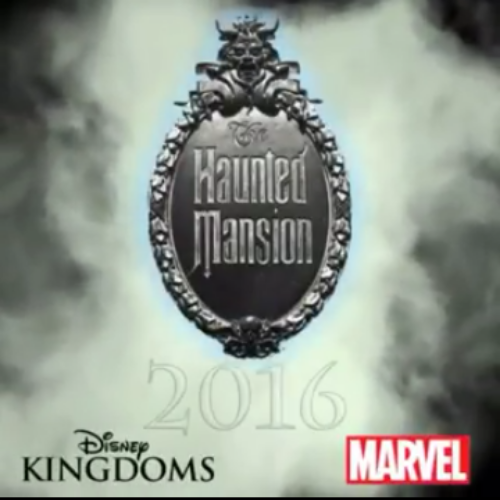 Marvel gave fans on their Facebook page a special treat for Halloween as they announced the next book in the Disney Kingdoms series-Haunted Mansion. The book isn’t due out until 2016, but it will most likely be one of the biggest releases in the series, since Haunted Mansion has a huge fanbase.

The new series will join Seekers of the Weird, Figment and Big Thunder Mountain Railroad in the series. Each comic has taken a unique and different look at familiar Disney attractions, and stories. There are no further details on the comic series at this time.

The Haunted Mansion has previously been adapted into a feature film starring Eddie Murphy, and was scheduled to get a new film by horror director, Guillermo Del Toro, which has since fallen into limbo. Earlier this year, the Hatbox Ghost made his way out of legend, and back into the ride as part of Disneylands’ 60th anniversary celebration.

There is no word on whether or not Hatbox Ghost will be included in the comic series, but he was said to be the focus of the new film.