Do you ever want to just go on vacation, leave the world behind and…let it go? WestJet and Walt Disney World have collaborated to bring a huge Frozen themed jet. The new jet was created by WestJet with the help of Walt Disney Imagineers, and an army of painters and artists. Not only is the outside of the plane decked out in Frozen, but the inside also pays homage to the top grossing animated film of all time. 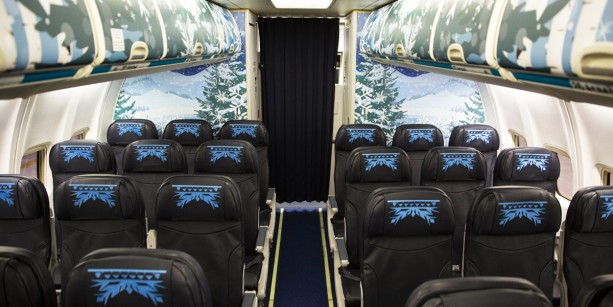 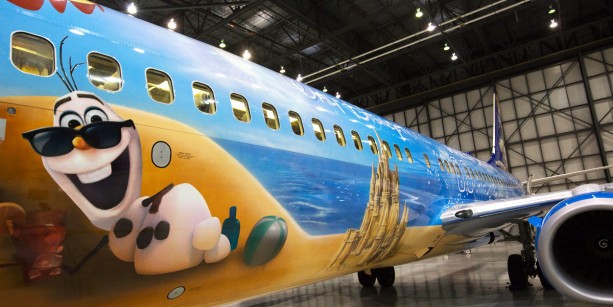 Special touches on the plane include actual sparkles added to the paint, so that the plane shimmers during flight. The outside of the plane is gorgeous, but what about the inside? You’ll find it themed to Frozen as well. Cold winter colors are closer to the tail, as the warmer summer colors make up the front of the plane, closer to where Olaf is. The overhead bins also include special decals from the film, each one different.

The new plane should be arriving in Orlando, and all WestJet destinations very soon, so keep an eye out for flying Olaf!