Second trailer for Pixar’s The Good Dinosaur hits with characters, and story

Disney and Pixar’s The GOOD Dinosaur has been a bit of a mystery. The new film had been pushed back a few times, before finally landing on a release date for this Thanksgiving. The story, and a few characters for the film had also been kept under wraps, with only a few details coming out. Now, with a second trailer for the film, we see more characters and get an idea of what the story and feel of the film will be. 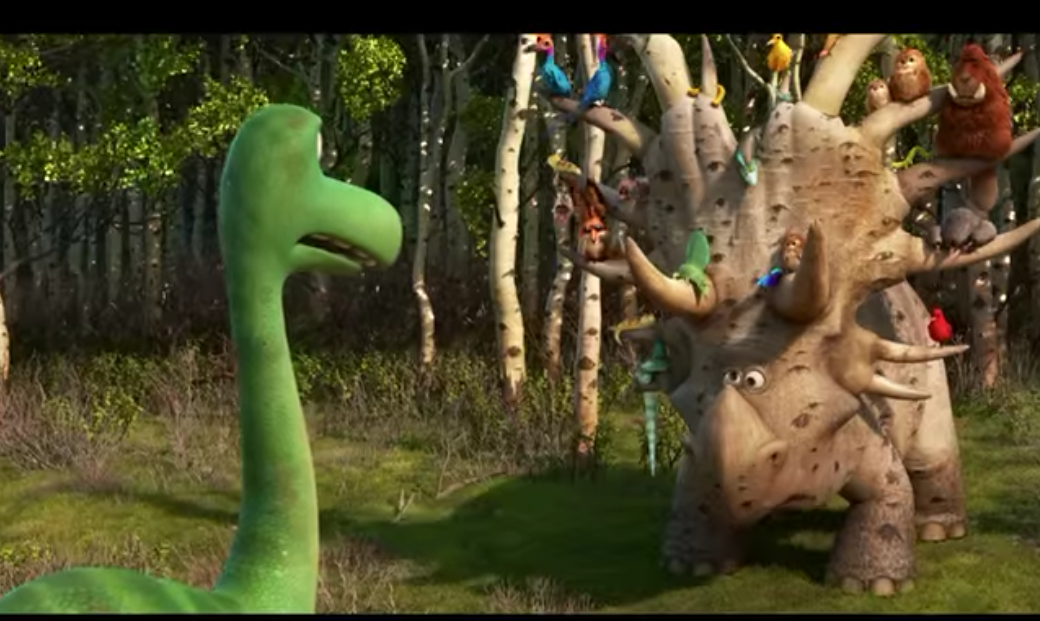 In the new trailer, we get a great look at some really cool new characters. The details of the story are still a little light, but we do get the idea that Arlo, the main Dinosaur, is separated from his family, and encounters a new creature along the way.

The new film definitely leaves out the “dinosaurs are people” concept, instead leaving the creatures to look more like what we expect them to.
This is the second Pixar film released this year, with Inside Out being the first, and a huge success.
With dinosaurs being a hot commodity this year with Jurassic World, the Good Dinosaur has the potential to blast off at the box office.
Later this month, Disneyland and Walt Disney World will both host a preview of the film to give audiences a look at what’s coming.