I was born just days before the original Star Wars came out in theaters. My father allegedly left my mother in the hospital an extra day just to go see it. My first recollection of Star Wars was the Jabba the Hutt playset I got when I was six, for the release of Return of the Jedi. I knew about the film, but it wasn’t until later that I was fully aware of the mass impact it would have. Then, the prequels hit. Say what you will about the films themselves, it was an event. As almost 40 years have gone by, we stand on the verge of another Star Wars. It’s going to be an event, but it will not be the same type of event as it originally was, and as the prequels were. No, these are new times. Are they dark, or are they more enlightened? It’s really hard to say, but the promise is there. A new Star Wars is coming, and it’s going to be huge, but will it have that same impact as it did all those years ago? 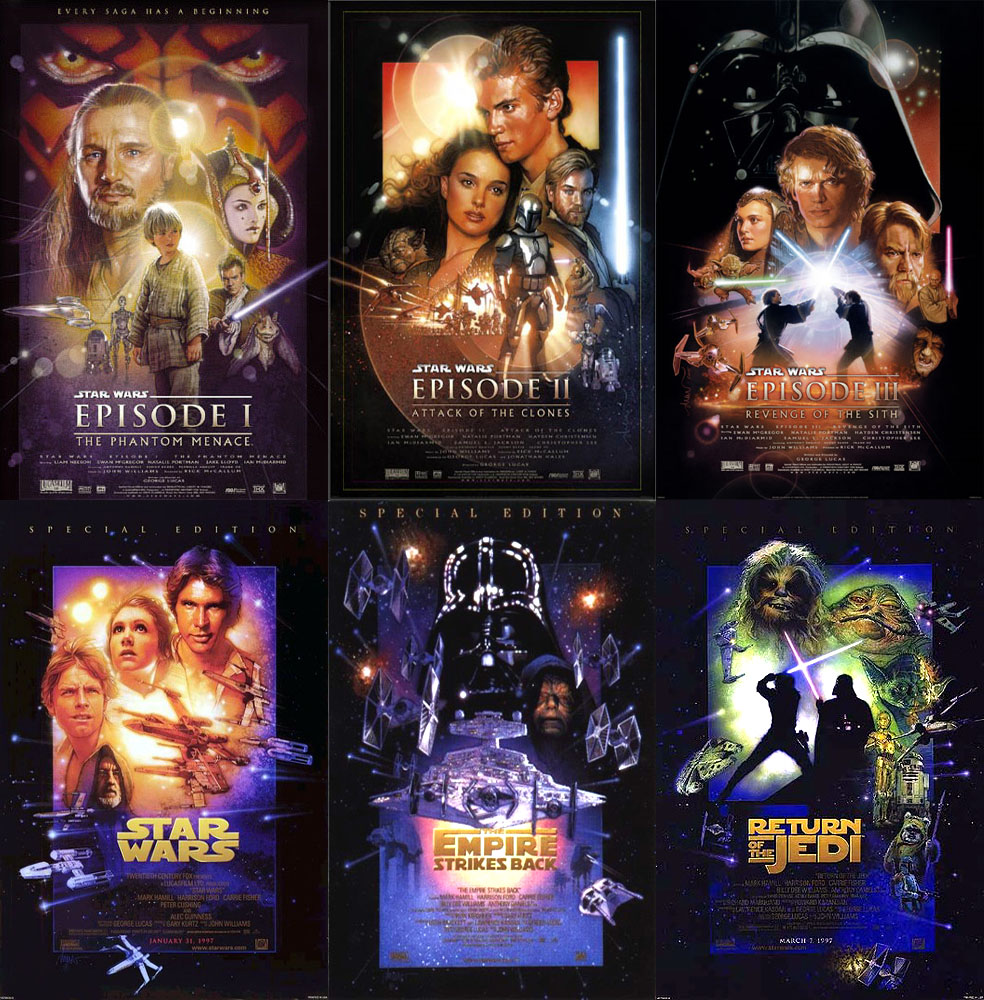 Now as we wait for the first film in a planned new prequel, everything has changed. Instead of camping out for tickets, and waiting…we simply hit refresh on our computer screens. I couldn’t get the websites to work for the theater I wanted, so I waited until the next morning and bought them. No waiting, and no news reports of people actuality going to theaters either.

When the new film hits, will people be waiting for weeks to make sure they have their first place in line for the best seat? Most likely not. Will they spend hours bonding with other people, playing board games in tents, and making friends that will last until at least the credits roll, if not longer? Not likely.
While Star Wars will definitely bring us together in our fandom, and our geekihood, it’s technology that will most likely keep the moment from being as magical as it could be. We have been able to buy tickets effortlessly. Because of digital prints, we will have the movie in more theaters than ever. There’s no worry or need to get excited about tickets, if one theater sells out, you can try a different one. Is there a need to camp out? I mean, I guess you could…people still camp out for Black Friday deals in some places…but for the most part, everyone will be able to get in to see the first showing…if they want.
Disney has taken and made an event at Walt Disney World from the opening night, and has charged $100 bucks a pop for it. Honestly I’m jealous as hell because I can’t be in Orlando that night, and I can’t afford the $400 dollars for my family. It’s going to be an amazing time, and it’s going to be about the best you’re going to be able to get.

Sure, fans will still dress up, more than likely…but because of the tragic shootings all over the country, we can’t wear full costumes. You won’t see Darth Vader, Chewbacca, or Stormtroopers running around. Jedi? They’ll be running all over the place, because that’s all that are allowed to run all over the place. You can’t blame them, it’s all about safety…but society has taken that away from us because a-holes ruined all the fun.
Midnight showings are done too. The anticipation built all day, and then you waited all night. Now, I’ll have to rush and get home after work, get the kids fed and ready and rush out the door. There’s no time to feel electricity! Technology, demand and profits have taken that stuff away.

I guess it’s okay, and part of the way things are now. In fact, it’s probably better. It will give more time to take care of every day life…but the point is, we won’t connect to each other the way we use to. We are in an all new time. Is it a dark time, or are we more enlightened? I think it’s a bit of both. Either way you look at it, we have changed, just like Star Wars.

Will this new era of Star Wars bind us together, the way the past has? Difficult to see. Always in motion is the future.  Perhaps we just need to unlearn, what we have learned. Concentrate on where we are…what we are doing, and perhaps, despite ourselves and technology, we can keep that “force” between us, and keep a grip on what Star Wars really is to all of us.