The third trailer for Star Wars- The Force Awakens hits, and with it, so do ticket sales. The new trailer hit the airwaves during Monday Night Football, which pretty much guarantees that the NFL showdown will be the highest watched football game of all time…well, at least the first half of it. The new Star Wars Trailer has pretty much shutdown the world, as the entire world was watching on Monday Night Football, and now rewatching online. 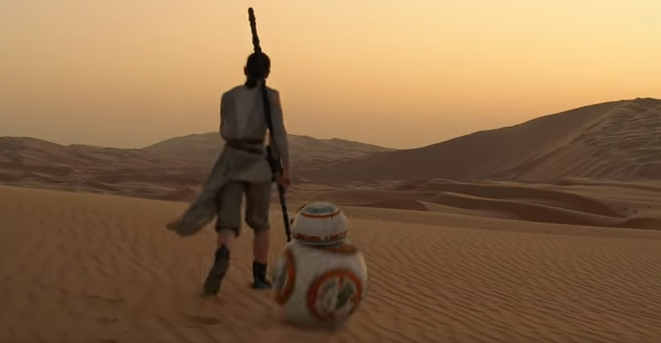 So, there’s so much we can try and dissect about the trailer. Han Solo is in it, we see Princess Leia, still no sign of Luke. There’s a new threat looking to continue Vader’s mission, whatever that was. We see droids, lots of cool droids, and lots of starfights. It’s a pretty epic trailer for what is sure to be an epic film.

Tickets are on sale, and selling out at many theaters across the country. The movie websites are all crashing. This thing is going to be huge, and it’s possible it could be the biggest film of all time, once the dust settles. It’s going to usher in a new era for Star Wars fans, and a new era for Disney as they take the reigns of one of the most beloved film series ever.

Please don’t screw this up.