Saturday evening the Walt Disney world Monorail was evacuated after being stuck. Riders were loaded off, and traffic was backed up at the resort. This is the second such incident in about a year. 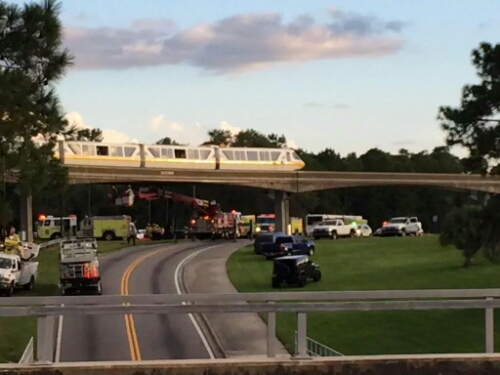 The monorail stopped on the tracks at about 5p.m. after a maintenance issue. Riders tweeted about being stuck, and we’re all safely removed from the monorail about two hours later.

The monorail stopped on the track in between the Magic Kingdom and Contemporary.
The monorail trains became a staple of Walt Disney World since the opening of the park in 1971. The trains were upgraded in 1989, and all trains were replaced by 1991. The trains are starting to show their age, and incidents, although minor have increased.