When it comes to Disney Imagineers, there’s none that are more enthusiastic about projects then Joe Rhode. The Disney legend was instrumental in creating Disney’s Animal Kingdom, and as the park gets ready to make its largest expansion to date, of course, Joe Rhode Island front and center to talk about what’s happening. A new video has been released showcasing some of what guests can expect in the Spring of 2016, when Rivers of Life debuts at Disney’s Animal Kingdom. 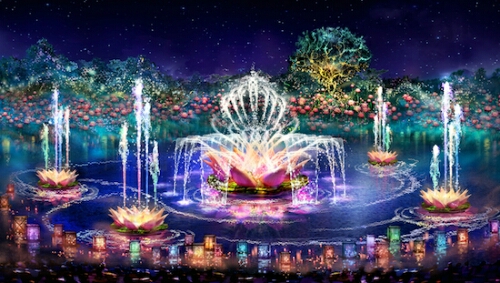 Rivers of Light will be the culmination of a massive transformation for Animal Kingdom park. Currently, the park closes before the sun goes down. However, the world of animals do not end when the sun goes down. It’s actually just getting started, and guests will finally be able to see that world in 2016.

Rivers of light will not only be the goodnight kiss, but it will be the crowning jewel of Animal Kingdom as it takes the centerpiece Tree of Life and brings it to life with digital mapping, projection and fireworks. Then the lake, too will come to life with tons of different elements, mostly fire and water…and of course light.

To create “Rivers of Light,” Imagineers and Creative Entertainment partnered with the talents of master puppet designer Michael Curry, composer Mark Mancina and the filmmakers at Disneynature. The show will have guests not only thinking of the animals, but also their families and life.

Animal Kingdom rolls into the night in the spring of 2016.