Jimmy Fallon is getting a ride at Universal Studios Florida in 2017. It’s replacing Twister, and it will be called “Race Through New York”. That’s about all we’ve known about the new attraction that will feature the late night funny man in a ride that’s a first of it’s kind for late night television. Now, we have a little more insight as to what technology the ride will use, thanks to photos on Jimmy Fallons’s official Twitter and Instagram accounts…and it looks pretty cool. 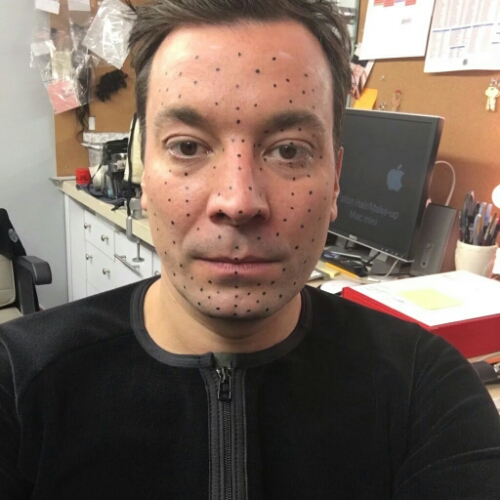 No, the late night talk show host did not contract some kind of weird disease. Those are motion capture dots for Industrial Light and Magic. That’s right, the same company that is bringing you the new Star Wars film, ILM, will also be behind the new Jimmy Fallon-Race Through New York attraction.

The photo was one of several tweeted out by Fallon on Wednesday night, and it shows off a little bit of the process that is going into making the new attraction possible. 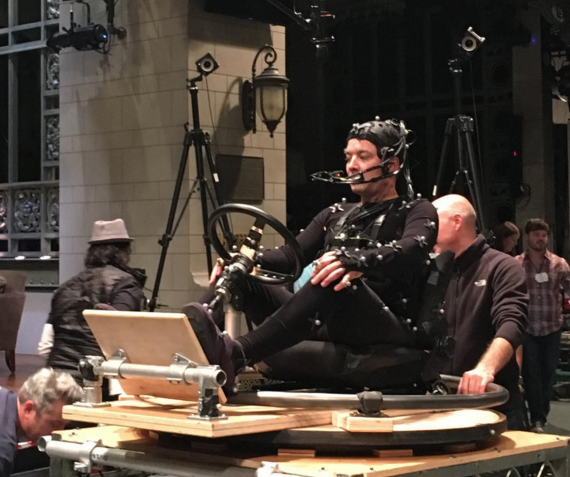 A later picture showed Fallon during a motion capture performance, on what will likely be a car later on. This motion capture technique is the same effect that brings characters like The Hulk, and the apes in Planet of the Apes, to life on screen. Here it will be used to digitally render Fallon into 3D for the attraction.