The Walking Dead is one of the biggest TV shows in history, with ratings that just don’t seem to be slowing down. The show has inspired a spin-off series, and tons of interactive attractions, games, and many other great experiences. Now The Walking Dead is ready to shamble into the theme park world, and it’s going to bigger than a herd of Walkers in a rock quarry. Are you ready to experience the next stage in themed entertainment? 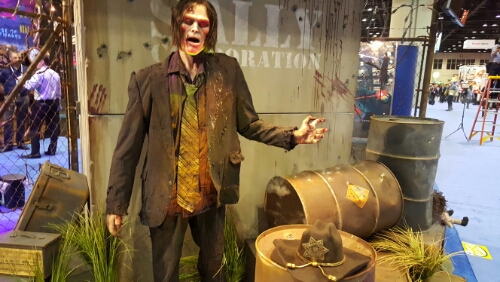 Tuesday at the International Association of Amusement Parks and Attractions (IAAPA), one of the biggest dark ride manufactures unveiled the latest addition to the Walking Dead craze. Sally Dark Rides rolled out the huge new Walking Dead-Battle for Survival! 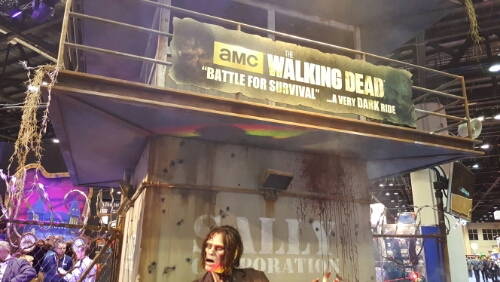 Now, they are taking things in a decidely…darker…direction.
The Walking Dead is an all new concept for Sally. The ride will be based on the show, and much like The Justice League, it will be interactive, will be a shooter, use screens, and will have some great animatronics. We had the chance to talk with Sally Corp CEO, John Wood about the new attraction and how it came about.

Sally isn’t the first to bring The Walking Dead to theme parks. That distinction lies with Universal who has brought the Walking Dead to their Halloween Horror Nights events for four years running (and a rumored fifth on the way), with huge mazes, scare zones, and terror tram experiences. This, however, will be an all new concept. The creators of The Walking Dead actually approached Sally, and gave them the rights to use the brand for an attraction. Guests will enter the world of The Walking Dead, and will have to defend themselves. They will also be immersed in an all new story that takes place in that workd. It’s definitely the darkest attraction that Sally has done to date.
So far there are no parks attached to The Walking Dead, but that is likely to change very quickly. 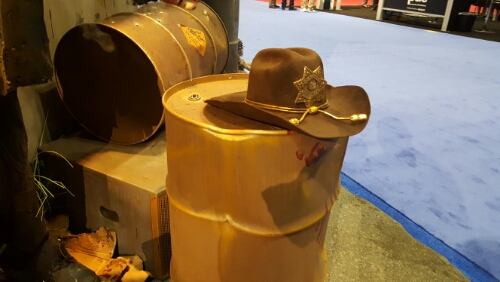 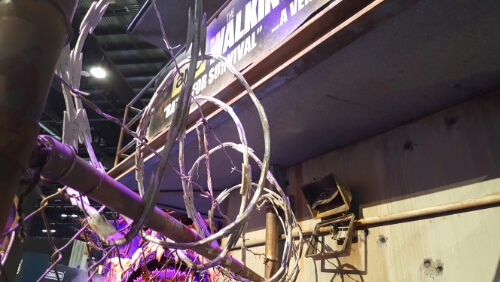 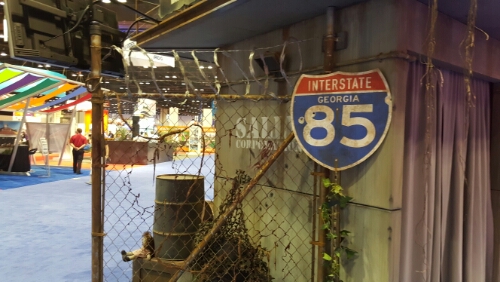 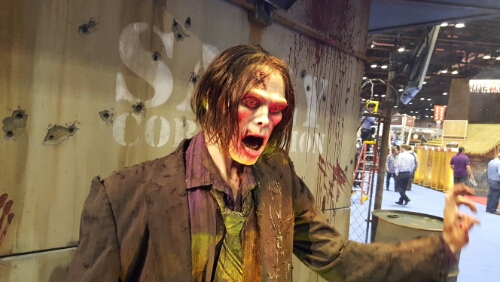 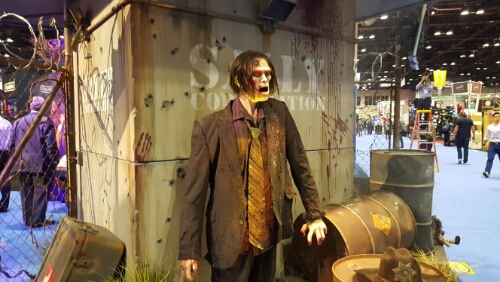 Stay tuned for more from IAAPA all this week, and be sure to get social with us on Facebook and follow along with us on Twitter @BehindThrills for the latest updates!