The hype machine is in full swing as Star Wars- The Force Awakens gets ever closer to its December 18th opening date. With the opening looming ever closer, Walt Disney World is rolling out all the stops with an all new wrap for their monorail! The new monorail made a brief debut near Magic Kingdom, on Monday and is the latest in monorail wraps hitting the line. 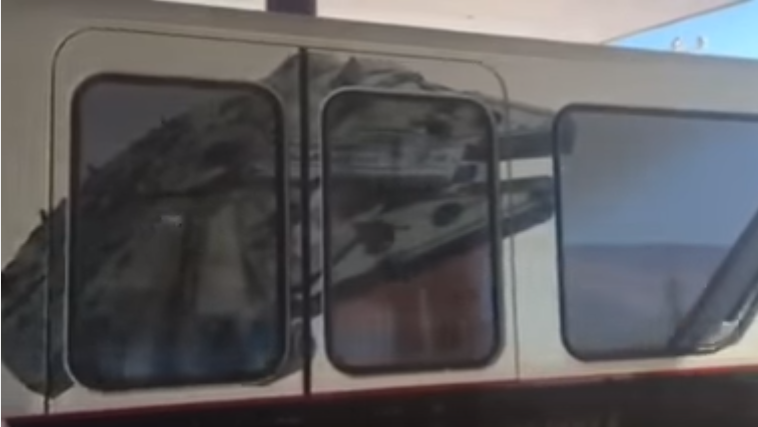 The monorail rolled out on the Express Line at the Magic Kingdom, on Monorail Black. The Monorail is the latest in the Star Wars hype machine for the upcoming release. The Monorail features some favorite images, such as the fastest hunk of junk in the galaxy-The Millennium Falcon.

Video-Check out The Force Awakens Monorail!

This isn’t the first time that the monorails have been wrapped for an upcoming film. The first was for Tron Legacy, in which the Epcot monorail was completely wrapped. 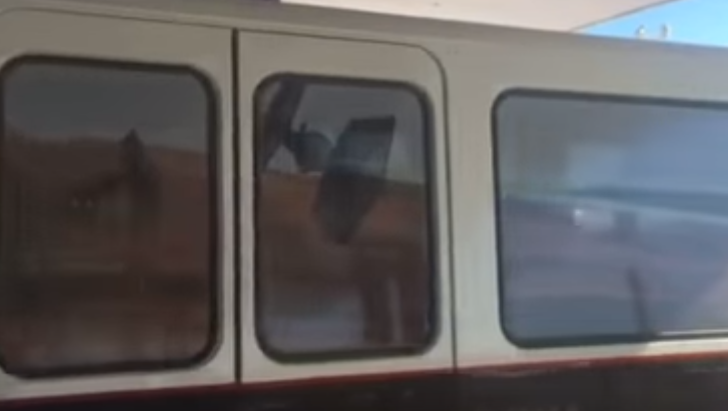 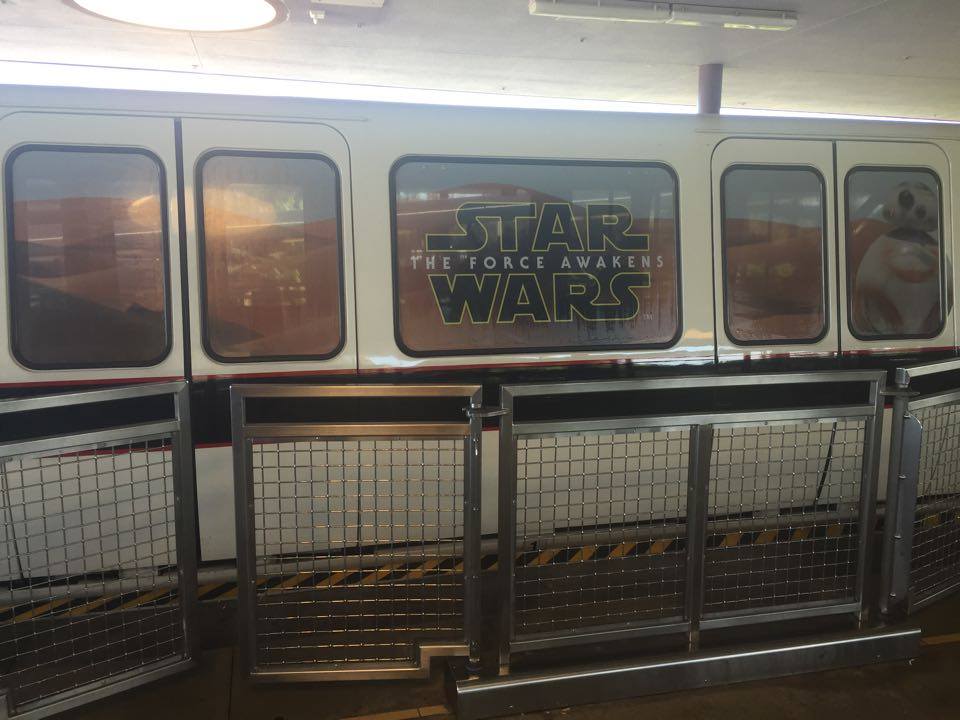 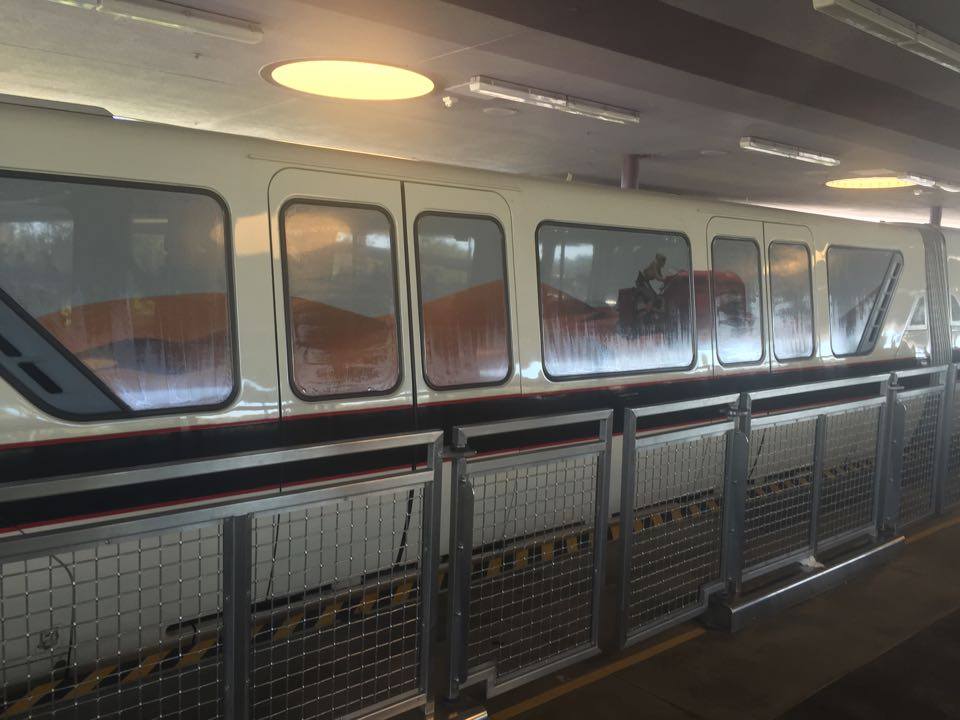 This time around, the monorail is going with a basic wrapping on the windows, which show off the desert landscape of Jakku. The new planet is featured in the film, and also on the new Star Tours at Disney’s Hollywood Studios.

The new film hits theaters on December 18th, and is already breaking records.