Sad news from France, as an unprecedented wave of terror attacks has hit Paris. The attacks include shootings, hostages, and what many think are suicide bombings. The attacks are so bad that French President Francois Hollande has shut down the borders to the country, and declared Martial Law. Of course, this means that most of the main tourist areas will be shut down until the situation clears, including Disneyland Paris.

Explosions detonated near the Stade de France, where a soccer match between France and Germany was taking place. Shots rang out in very populated areas, and near tourist destinations. Dozens were confirmed dead, as gunman and bombings took over 60 people. There were over 100 more hostages.

Late Friday evening (early Saturday in Paris), the warning came from officials that many popular tourist destinations could shut down over the weekend, including the areas theme parks. Disneyland Paris is one of the biggest parks in the area, and was scheduled to officially kick off their Christmas celebrations on Saturday. With a volatile situation, possibly involving religious extremist groups, it’s likely that the festivities could be cancelled, if the park is not closed.

This is not the first time this year that Disneyland Paris has been affected by terrorist attacks, as the park was briefly shutdown when a shooter was allegedly spotted at the onsite hotel.

At the time of the attacks, the parks were all closed, but we spoke to people who both live in the area, and those who are staying near Disneyland Paris. One person who asked not to be identified said that they had arrived after the park had closed, and had planned on staying the weekend.

“I Was in “Disney village” the equivalent of Disney Springs, when people started getting information by phone about the attacks. On our way out of the resort we saw multiple police with machine guns, vans with officers etc.”

Others said that police have secured the onsite hotel, and the presence of police are everywhere.

Shutting down during a catastrophe is nothing new for Disney, as the parks in the United States shut down after the 9/11 terror attacks. The park famously ushered everyone out of the park, as rumors were circulating that they could possibly be a target. Attacks on parks have not occurred, and hopefully it stays that way.

The French government has issued a decree that authorizes the closure of theaters and public venues. Local authorities must now decide on whether or not to close Paris theme parks. It would be a huge hit for the park to close, but an even larger one if the park remains open and an incident occurs.

According to the Régie Autonome des Transports Parisiens, the government owned Transportation site, Disneyland will be closed due to the terrorist attacks.

There is no official word from Disneyland Paris yet, but if the Government is saying it’s closed…it’s closed.

Disneyland Paris have confirmed that they are indeed closed and have posted on their official website:

In light of the recent tragic events in France and in support of our community and the victims of these horrendous attacks, Disneyland Paris has decided not to open its theme parks on Saturday 14 November.  Our thoughts and prayers go out to all of those affected by these horrible events.

It’s not just Disneyland Paris, but much of the city as well. Schools, museums and many other public places are closed after the attacks.

Bob Iger also issued a statement on behalf of the company, after the events.

“On behalf of all of our employees at Disneyland Paris and throughout France, our hearts go out to the innocent victims of this horrible terrorist attack. We along with the world, pray for the victims, their families and their friends — and for all affected by this horrific act.” Bob Iger, chairman and CEO of The Walt Disney Company.

EuroDisney Group as announced that due to three days of national morning period, all Euro Disney parks will be closed until Tuesday, November 17.

« We mourn those lost to the horrific attacks in Paris, we pray for the injured and we hold them all in our hearts.  As part of France’s three-day national mourning period, Disneyland Paris will remain closed through Tuesday 17 November. » Tom Wolber, Président of Euro Disney S.A.S.

Stay tuned for more on this story.

Our prayers go out to all in the area, and all involved. If you’re in the area, stay safe.
Stay tuned for more from Disney, and be sure to get social with us on Facebook and follow along with us on Twitter @BehindThrills for the latest updates. 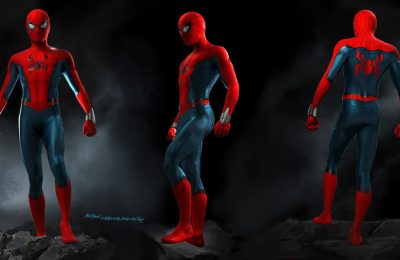