SeaWorld Orlando has confirmed that about 50 guests are stuck on the parks Skytower attraction, as of Monday afternoon. The park has released an official statement, and is working with Orange County fire and rescue. 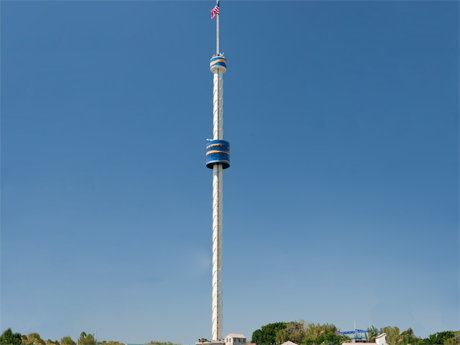 The park has released a statement about the attraction, which takes riders roughly 300 feet up.

This is the first incident in recent memory on the skytower. The attraction takes guests in a double decker observation tower, which rotates, giving guests a great view of SeaWorld and the rest of Orlando. On a clear day, other Orlando landmarks, such as Walt Disney world can be spotted.

Reports are coming in that riders are calling 911, while stuck on the ride. There are no injuries, and guests are in an enclosed ride capsule. The attraction is frequently closed due to high winds and other weather conditions.