The Netflix original program, The Unbreakable Kimmy Schmidt, has been a breakout hit. The show is busy filming it’s second season, and it would appear that Kimmy is going to take a bit of a vacation and head to Universal Orlando…or at least they’re going to be filming at the central Florida theme park. 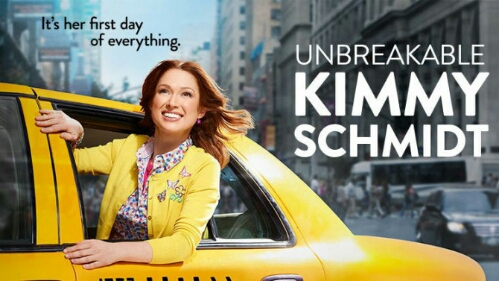 The casting call went out Tuesday night for extras at the theme park, and especially coaster enthusiasts who would want to ride Hollywood Rip Ride Rockit multiple times. Several actors confirmed that Unbreakable Kimmy Schmidt would be filmed. The show will be filming on Wednesday January 13th through Friday January 15th.

The show is written by Tina Fey, who made an appearance on set. Lisa Kudrow  (best known from Friends) was spotted riding Rocki during the filming.
The show has been critically acclaimed for both writing and acting.
Universal Orlando is no stranger to Hollywood projects, having filmed many shows at the park over the years. Last year, the park filmed large portions of Sharknado 3 in the park, which saw the coasters and iconic locations in the park destroyed by sharks.
The Unbreakable Kimmy Schmidt isn’t likely to destroy any attractions, but guests will be able to see favorites like Rockit when the show airs on Netflix later this year.