Universal Studios Hollywood to Send One Lucky Winner and Guests on the Ultimate Harry Potter Trip Around the World!

In celebration of the opening of “The Wizarding World of Harry Potter™” at Universal Studios Hollywood on April 7, the global entertainment destination and TripAdvisor, the world’s largest online travel site, are launching the Ultimate Harry Potter Trip Around the World sweepstakes sending one winner and three guests on a once-in-a-lifetime magical journey to experience the wonders of Harry Potter experiences across the globe.

This exciting contest, which kicked off on January 14, will whisk the sweepstakes winner and three guests on a spellbinding voyage to visit “The Wizarding World of Harry Potter” locations around the world beginning with the Grand Opening at Universal Studios Hollywood and including lands at Universal Orlando Resort and Universal Studios Japan.  The winners will also visit “The Making of Harry Potter” at Warner Bros. Studio Tour London, where they can discover behind-the-scenes filmmaking secrets at the home of all eight Harry Potter blockbuster films. Fans can enter to win at www.tripadvisor.com/wizardingworldhollywood. 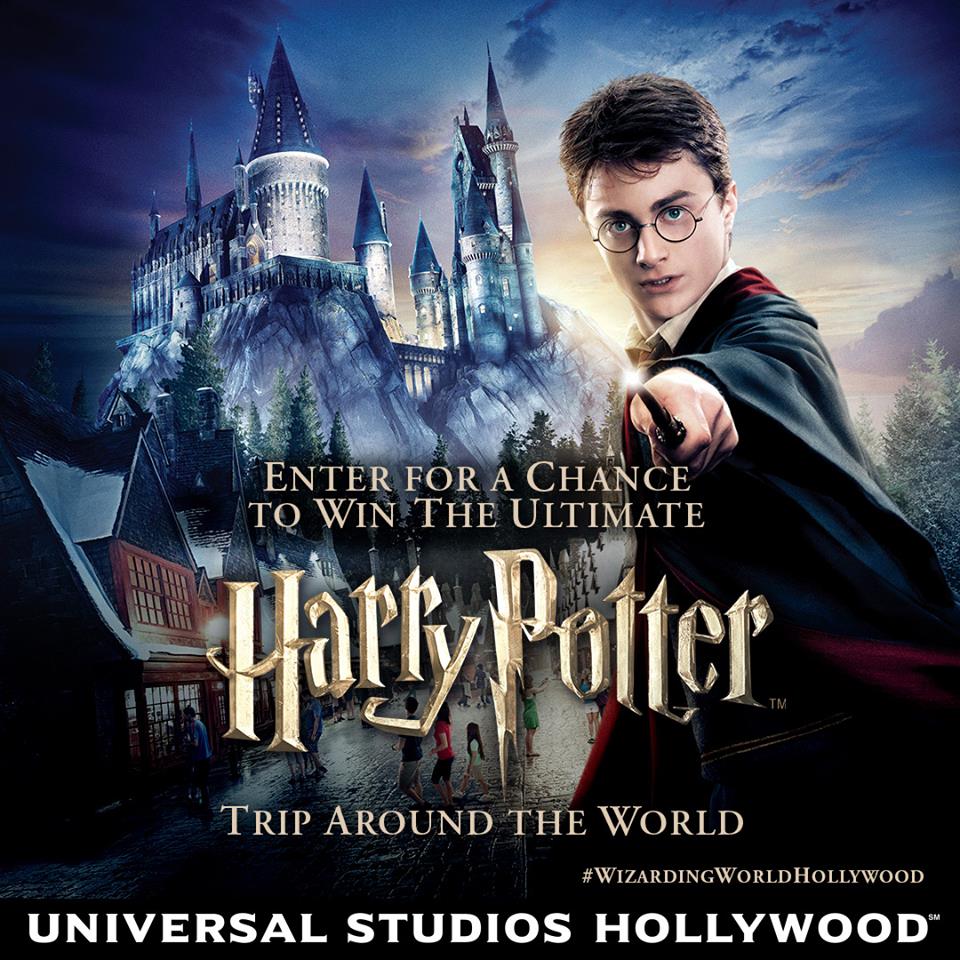 More than five years in the making, and inspired by J.K. Rowling’s compelling stories and characters that were brought to life in the Warner Bros. films, “The Wizarding World of Harry Potter” is being masterfully recreated at Universal Studios Hollywood and will be faithful to the visual landscape of the fiction and films, including Hogwarts castle which will serve as its iconic focal point.

From its snow-capped roofs and cobblestone streets to the historic British sensibilities that characterize the whimsical look and feel of the land, “The Wizarding World of Harry Potter” will transport guests of all ages to the very places they read about in the stories or watched on the silver screen. 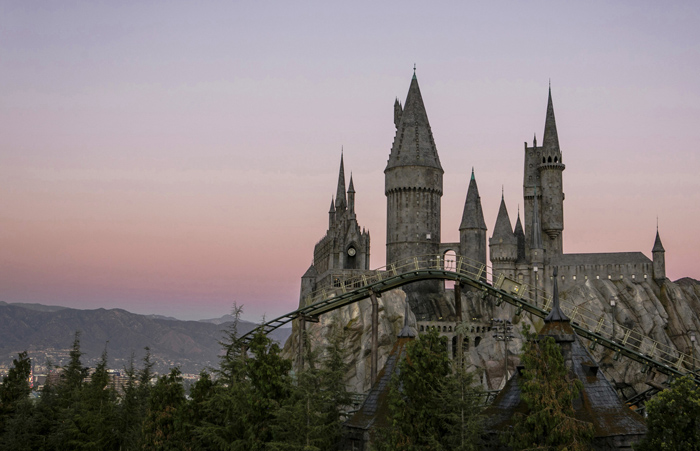 Upon entering the land through the archway, Hogsmeade will bustle to life with the same vitality of a quaint local village: merchants hard at work, a train conductor welcoming new arrivals and a pub packed to the gills with hungry patrons, but with the added element of enthusiastic guests intent on experiencing them all, including the land’s signature ride, “Harry Potter and the Forbidden Journey,” and the family outdoor coaster, “Flight of the Hippogriff™.”

An achievement in pioneering theme park ride technology, “Harry Potter and the Forbidden Journey” will make its U.S. debut at Universal Studios Hollywood in hyper-realistic 3D-HD designed to further immerse guests in an already engaging storyline.  The multidimensional thrill ride features a groundbreaking robotics ride system, fused with elaborate filmed action sequences and immersive visceral effects.  In this updated adaptation of the ride, guests will sport Quidditch-inspired 3D goggles as they venture through journeys experienced by Harry and his friends, spiraling and pivoting 360-degrees along an elevated ride track on a whirlwind adventure of a lifetime.

The Ultimate Harry Potter Trip Around the World sweepstakes began on January 14. Fans have until February 24 to register and can enter to win at www.tripadvisor.com/wizardingworldhollywood. The winner will receive a trip for four people, including airfare, four night accommodations at each location, ground transportation, 2-day theme park tickets for each theme park and tickets for Warner Bros. Studio Tour London. U.S. citizens, 18 years of age and older are eligible to enter. Additional eligibility information is available at http://www.tripadvisor.com/wizardingworldhollywood. No purchase is necessary.