We’re just over 2 months until the official Grand Opening of Universal Studios Hollywood’s most anticipated attraction ever, the Wizarding World of Harry Potter. The land itself will transform the small park into a true full-day experience. With any major attraction opening at Universal parks comes special annual passholder previews and Universal has just let the big fluffy Harry Potter cat out of the bag. 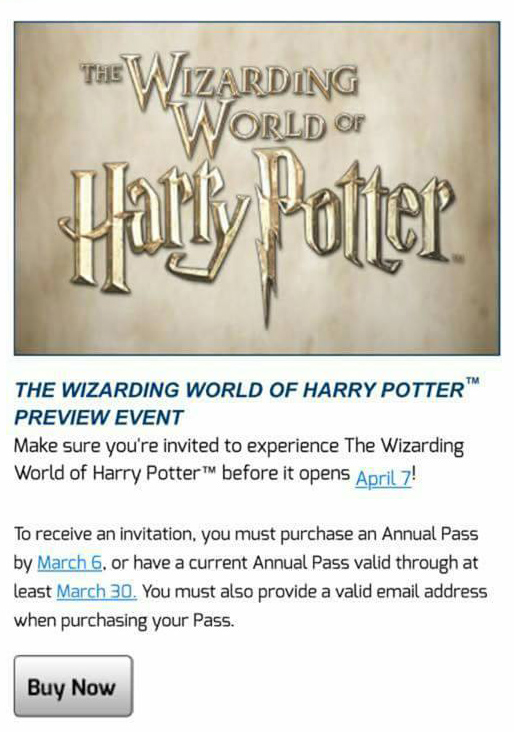 The info was posted as a blurb attached to an email promoting the big Harry Potter World-Trip giveaway. While it does not give exact dates or times away. It encourages locals to make sure their pass is valid from March 6 through March 30. Which makes it very safe to assume that the Annual Pass preview will occur sometime in that period, if not the entire period leading to the official public opening on April 7. For the many of you whos passes do expire before March 6, there is still some hope for you to experience the amazing new land. It’s common that Universal opens attractions early for ‘Technical Rehearsals’, and Harry Potter is no exception. Given the fact that the land’s construction is ahead of schedule we could see the new area opening up for Technical Rehearsal sometime in mid February at the soonest.