Spooky Empire has been a staple in haunted conventions for longer than most of us can remember. It all started on the corner of I-Drive and Sand Lake Rd. in Orlando. Sadly, time passed and the Spooky gang has had to set up shop in other locations. Now, the convention that is most popular for their unconventional guests, and dabs of gore is back. They’re going Retro, and it’s no more Mr. Nice Guy! 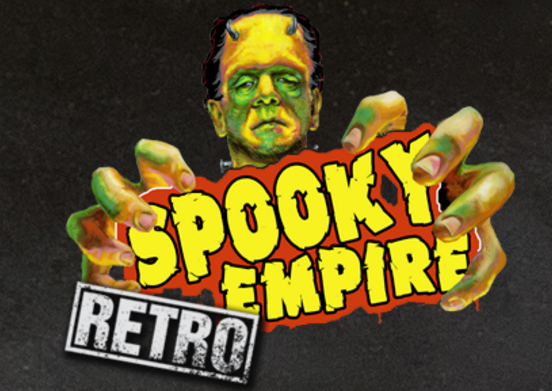 Spooky Empire is returning to their roots with an all new event this April. They’re also returning home to where it all started, the Wyndham Resort on the corner of I-Drive and Sand Lake. The new event will happen on April 1st and run all weekend until April 3rd. Yes, this means that the event will replace the annual Mayhem that has happened Memorial Day weekend for the past few years.

However, the new event is already boasting some huge names, and we’re pretty sure the list will only grow bigger as the time gets closer.

So far Alice Cooper will be appearing to sign autographs. It’s a pretty good chance that he will not perform, but you never know. He’s a legendary rocker, and has been the focus of two mazes at Halloween Horror Nights Hollywood, and one at Universal Orlando.

Also scheduled to appear is Nightmare on Elm Street’s Heather Langencamp, best known as Nancy. She will be joined by big screen legend Paul Sorvino who has been in tons of movies, including Goodfella’s, The Rocketeer, Dick Tracy and so many more. Also, Twiggy Ramirez from Marilyn Manson, Amy Steel from Friday the 13th Part 2 and April Fools Day, and Jennifer Rubin from Nightmare on Elm Street 3.

Two legends of Japanese film are also going to be joining as Bin Furuya who played Ultraman and Kenpachiro Setsuna who was Godzilla for many films!

The date also seems to be an indication of what other stars we could expect to see. April 1st is April Fools Day…which is also the name of a great horror movie that is turning 30 this year! We could possibly see more stars from the film, and a possible reunion!

Spooky Empire and Legends-A Haunting in Old Town teaming up to bring huge Halloween kick off!