They plunder and pillage, and don’t give a hoot! While they might still be loved by their mommies and daddies, you just might fall in love with the new Pirates of the Caribbean Tsum Tsum line which has made its debut at Walt Disney World. 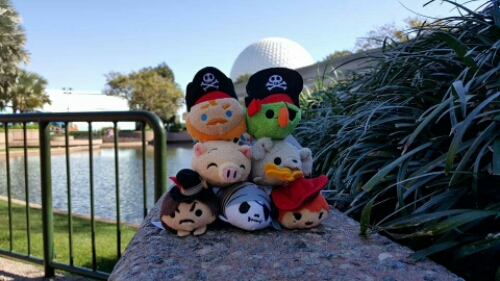 For those of you unfamiliar with Tsum Tsum, they are essentially stackable toys that are miniature versions of your favorite Disney characters. There are several versions of them, including Mickey, Minnie, Donald and Goofy as well different characters from movies and TV shows. The collection also includes Stars Wars, Marvel and Disney theme park attractions.
The park has now revealed their Pirates of the Caribbean collection, which looks to be based on the ride and not the movie. 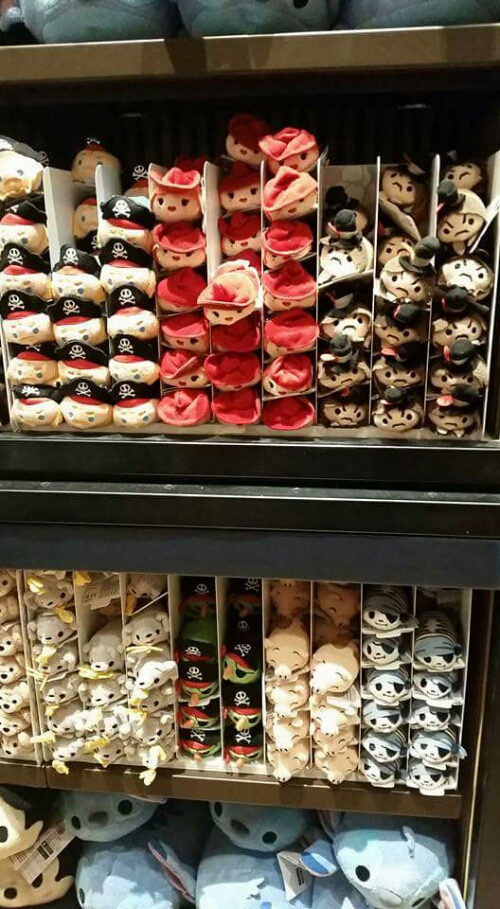 The new series includes a number of great characters from the ride including the pirate captain, the mayor, the redhead, a parrot, one of the pigs, the skeleton and of course the dog with the key.

Tsum Tsum figures are becoming more and more popular in the U.S. with new variations of the toys and games coming out every month.

The Pirate Tsums are available at various stores through the both Walt Disney world and Disneyland.