The only place where you can live the adventures of Harry Potter is, of course, the Universal theme parks. However, if you want to see where the actual films took place, the only place you can do that is the Warner Brothers Studio Tour in London. The Studio Tour gives guests the chance to walk the the actual sets, and learn everything about what it takes to bring the films to life. The Studio Tour gave American guests a chance to not only see everything they do, but brought a piece of the tour with them to showcase what you’re missing! 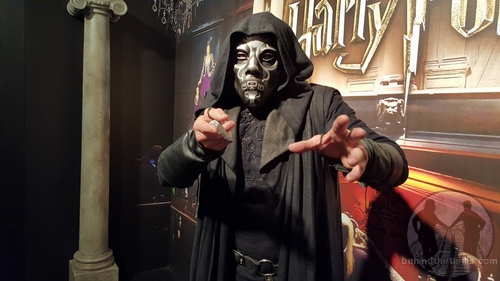 The Harry Potter Expo at Universal Orlando’s Celebration of Harry Potter is always a great collection of new and exciting things from the Wizarding World. Every year of the Expo, the Warner Brothers Studio Tour in London has showcased something new in the Expo, and this year…well this year was a doozy! The Studio Tour actually set up a mini version of the tour, and brought over some of the great props, and people that were actually used to make the movies! 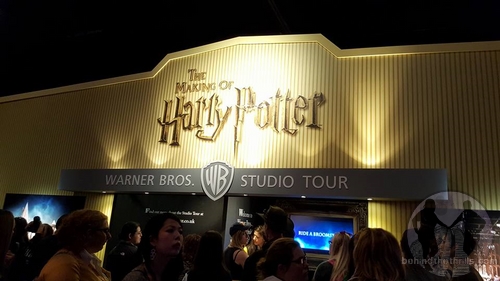 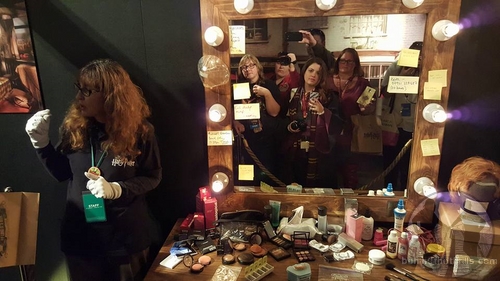 The mini-tour was made up of three separate rooms, two of which were great if you are interested in how movies are made. If you just wanted to be close to something that the Harry Potter actors touched, well they have you covered for that too. One of the more intricate rooms was the make up and prosthetic room. Here guests could see everything from the molds used to make Harry’s scar, tot he wigs that Rupert Grint used when his hair wasn’t “Weasley” enough. There’s also Helena Bonham Carter’s teeth, and Wormtails hairy mole. Yeah, they went all out.

Video-Learn all the secrets of Harry Potter make up

The other portion of the tour was the wand makers. These are some real life Ollivanders! They painstakingly made hundreds of different wands, sometimes on a machine, and other times carved by hand. The wands were then cast, and either made of hard resin, like the ones sold in the parks, or they were foam. Those came in especially handy for dueling scenes. 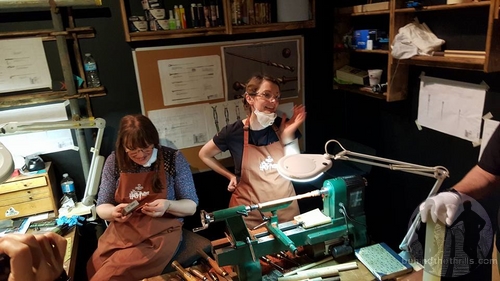 Video-Learn how to make a wand with real life Ollivanders Wand Makers!

Once you’ve passed the two “trials” you were set to face a Death Eater for a photo opp. It’s great fun, and made for a huge surprise. Outside, however, a fan favorite returned. Guests could be sorted into their houses using The Sorting Hat. Fans would be judged more on what they wore and what they told the keeper of the hat, than what was inside. 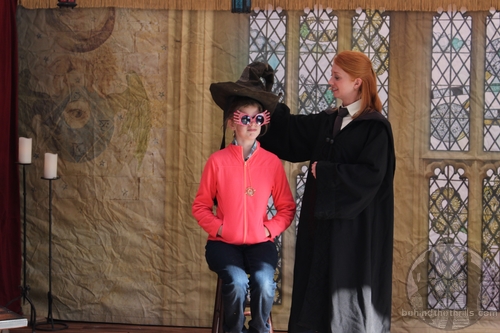 Video-Get sorted into your house by the Sorting Hat!

All of these can be seen at the Warner Brothers Studio Tour, in the Making of Harry Potter. The tour is extremely popular, and offers new items just about every year. Guests can see the actual Great Hall, board the REAL Hogwarts Express (though it won’t take you anywhere) and even learn how to duel with Paul Harris, the Wand Combat Choreographer.