Mysterious letters, you know we all love them. Today we received a letter in the mail that had us a little apprehensive at first. It looked just like a letter from an attorney…not the mysterious letters you want! However, I was relieved to open it and find a very shiny letter in it. The letter was from Penumbra Industries. It bared a little more investigation, and what I found is only the beginning of something bigger. 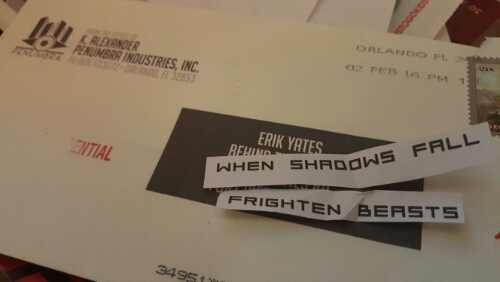 So a shiny letter, a website and two slips of paper that make no sense together. What does this all have in common? It’s all the mystery of Penumbra. What is Penumbra? We’re just as curious as you.

So, long story short. It seems like it’s an all new interactive experience. We are not entirely sure of the details yet, but the new website A New Society (click here), is pointing to an all out new society that has thrived for decades, and has been living right under the noses of people in Orlando. 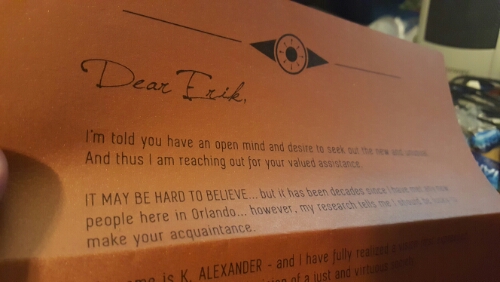 A hidden society in Orlando? Underground Utopia made up of the best minds and people? Yes, sounds like a hidden version of Epcot. But WHAT IS IT?

While we are only guessing at this point, we’re going to guess that this is an all new interactive gaming experience. Think last year’s game-The Republic. That game was constructed by Inside the Magic’s Ricky Brigante and Sarah Elger who thought up the concept. This new adventure certainly seems to fit the bill that these two would cook up. If that’s the case, you can bet that Penumbra isn’t all it’s cracked up to be, and there’s something sinister hidden beneath the shadows.

This is the latest in the growing number of interactive experiences that push groups of people together to solve puzzles, and unravel mysteries. Escape Rooms have been huge for the past two years, and now you see a lot of Haunted Attractions getting in on the fun, adding the element of scares and gore to it.

Penumbra will have more secrets unveiled on February 15th, so stay tuned as we find out more and see if Penumbra is the place for us. Tag along with the hashtag #WhatIsPenumbra as we solve the mystery that’s building!