Batman V Superman: Dawn of Justice has theaters, and critics HATED it. They flat out smashed it to pieces. Audiences were mixed about it, with comic book fans either loving it or hating it, and everyone else kind of “eh” on it. People went in droves to see it, as it smashed through the weekend. While it didn’t break any major records (like biggest opening weekend, biggest day, or most people made pregnant) it did break the record of biggest pre-summer weekend, biggest March opening, and the 2nd biggest opening weekend for Warner Brothers…that means it almost beat out Harry Potter. To dismiss this film (as so many of you already have) as a bomb is a mistake. So what did we think about it? Well, short story…we liked it. But there are many of you who will disagree to the heavens…and the short answer is-you will never be happy with what DC does. And the other short answer is, you’ll never be happy because they had to go this way…they had to. 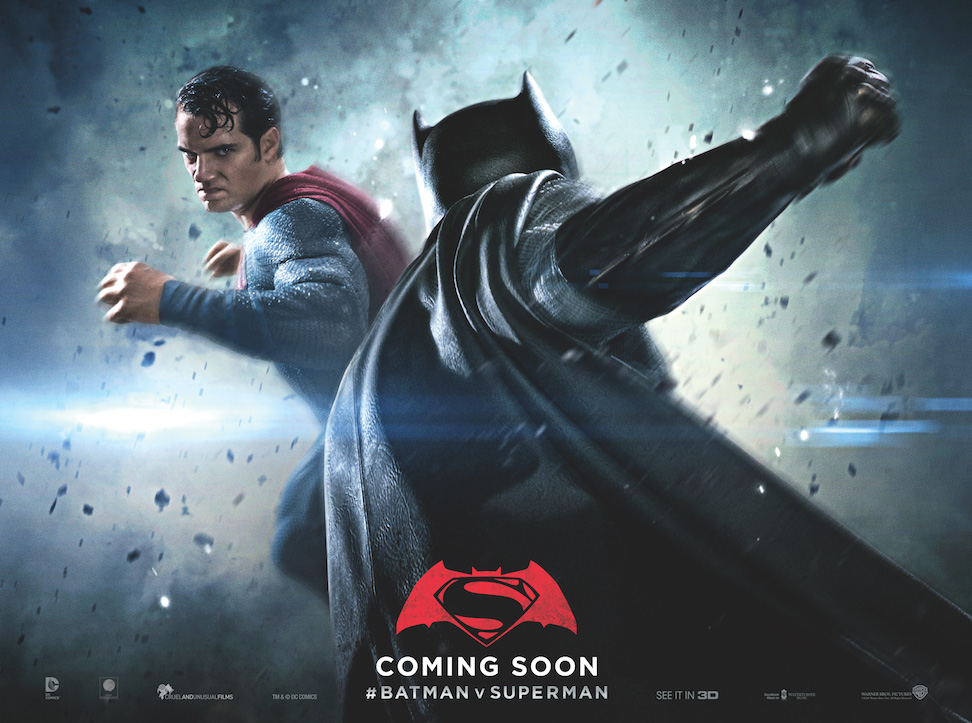 Before we get into the how’s and why’s (which we will do in another article), let us do something for those who have not seen it yet.

Batman v Superman picks up pretty much immediately after the events of Man of Steel-the first reintroduction to the DC Cinematic Universe. The events of that film, and Supermans “bull in China shop” way of doing things, is where Batman comes into play. He doesn’t like him, he doesn’t think he’s safe, and he keeps an eye on him. Meanwhile the rest of the world either loves him, or is afraid of him. He does some good things, but there are those that think he should be kept in check and should be reigned in. This leads to the big plot, and showdown, and so many other things.

Affleck does okay as Batman/Bruce Wayne and you can definitely tell that his Batman is sick and tired of fighting bad guys, only for more bad guys to show up. He’s fed up. Henry Cavill is likable as Superman, and but he just can’t seem to get a break. He spends his time flying around, and getting knocked around…both physically and morally. Jesse Eisenberg is different as Lex Luthor…not to say he’s bad, just to say he comes off as a polar opposite to Bruce Wayne. Wayne is an older, refined likable character while Luthor is a spoiled brat, douchebag with a bit of an ego problem. Oddly, it works for Superman’s greatest nemesis, and helps to take things into a new direction. Again…NOT GREAT…but not awful. Gal Gadot smokes as Wonder Woman, and we can’t wait to see more of her. Hell, there are a lot of great roles, such as Amy Adams, Lawrence Fishburne…but Jeremy Irons as Alfred brings something close to amazing. He’s fun to watch, and he’s got a bit of a side to Alfred that is unrefined, and pissed off. It’s a great change, because it will be needed as the series goes on.

It’s darker than you’re use to seeing in a superhero movie (which is about to change drastically), and that’s not a BAD thing…it just might be a little much for the little ones who are used to seeing Iron Man and Captain America save the day and be funny. This movie isn’t funny, and it’s not at all lighthearted…an issue that could haunt DC if they want to be as big as Marvel.

With the setup on the rest of the Justice League, it’s obvious that DC wants to be as big cinematically as Marvel. However, Marvel never set out with goal of “Let’s do the whole tie together thing”. Iron Man came out, and was really good. They came out with more Marvel movies, and they were REALLY GOOD. So good that Marvel started saying “ya know, I bet we can mix things together and it would be alright”. And it worked. Why? They have a formula that works. They have a track record that works. And besides for a few films here and there, (we’re looking at you Ant-Man), they tend to stay out of the way…for the most part…almost. The movies are good, they have broad appeal, and they work.

DC movies…well…they don’t have THAT broad of an appeal. They are usually a little darker, and they don’t have a sure-fire formula. Where the first Iron Man was a test of what could be, Man of Steel should have been a slam dunk out of the park. Batman is such a beloved character, that there should be the same kind of fervor behind a Batman movie that there is behind a Star Wars film…but there’s not, because DC and Warner Brothers haven’t trusted the filmmakers, and the audiences. Now they’re so quick to see a big screen team up, that no one is exactly sure if it will work or not.

From a fanboy standpoint, it’s going to be amazing…but from an actual wide, mass appeal audience…it’s iffy.

If you haven’t seen it yet, it’s recommended, but skip 3D and the larger formats as the film just moves way too fast. The movie is EVERYWHERE, and worth the trip.

Want Spoilers? Read our spoiler filled thoughts on this and other Batman and Superman stories here!

TAGBatman vs Superman Offsite Movies
Previous PostBatman v Superman: Spoiler filled reason why you're really never going to like it Next PostReign of Kong to be featured on Face-Off this week