March 19th is World Monopoly Day! The newest version of Monopoly Empire has been released, and it features major brands as spaces on the board. This year, those brands include Ford, eBay, Food Network and Universal Parks! To celebrate the new partnership between Hasbro and Universal we have a look at the new game! 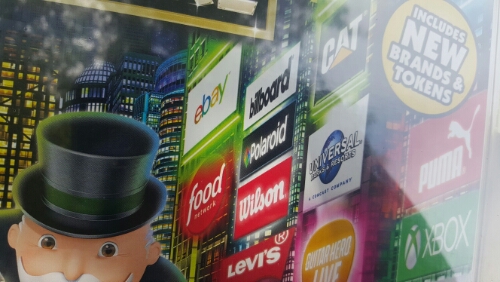 World Monopoly day is Saturday March 19th, and Monopoly will be holding tons of huge events worldwide to celebrate. At Universal Singapore there will be an attempt to have the most people ever playing the board game at the same time. At Universal Orlando, there will be a special Monopoly themed VIP Experience at this week’s Mardi Gras. The VIP Experience is open to the public who will be visiting the park tomorrow. Team members will be located throughout the park giving away flyers that provide guests exclusive opportunities corresponding with the evening’s Mardi Gras event.  Spaces are limited to availability.

There are events happening all over the world,  and you can find out just what and where by visiting the official Monopoly Facebook page or Monopoly.com. Fans can even send a special birthday message to Mr. Monopoly by using #Monopoly. 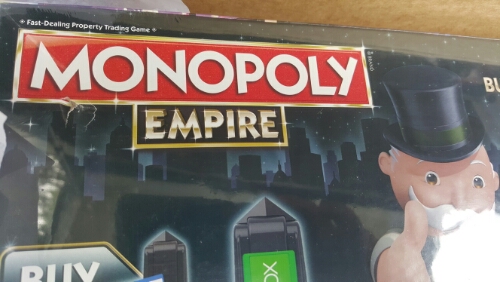 This year marks the 81st birthday of Monopoly. The Monopoly Empire game features tons of famous brands instead of the normal property names. Guests can buy brands such as Universal, and play with all new game pieces such as Optimus Prime,and Xbox Controllers.
It’s a fun new spin on the classic game, and gives theme park fans the chance to be a theme park tycoon…or pay out tons of money to one, just like at a real theme park!