The next film from Walt Disney Animation hits this Friday, and many are already declaring it a hit. The new Zootopia takes on the world of animals, as if they were human, one of the first Disney films to that since Robin Hood. To celebrate the new film, two characters are heading to Disney Parks! 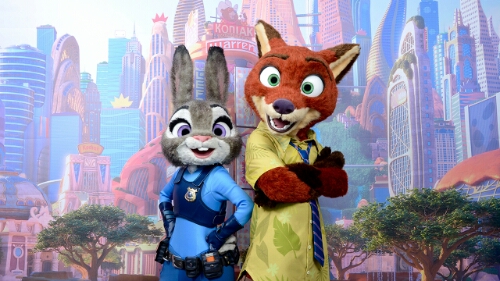 Later this Spring Nick Wilde and Judy Hopps will be visiting both Disney’s Magic Kingdom and Disney’s California Adventure!

Hollywood Boulevard at Disney California Adventurepark, will be the place that guests can spot Judy and Nick. At Walt Disney World Resort in Florida, these party animals can be seen joining guests in the “Move It! Shake It! Dance & Play It!” Street Party at Magic Kingdom Park.