Is Universal Orlando changing how they do Christmas with new parades, Harry Potter and extra events?

According to our friends at Orlando Informer, Universal Orlando has recently sent out a survey asking guests what they want to see in a Holiday Celebration. The survey listed several options, with most of the options looking to replace the current ones. The current line up of Universal Holiday options include the Macy’s Day Parade, Grinchmas and Mannheim Steamroller. Could a new line up include a different parade option, more holiday concerts and Harry Potter? 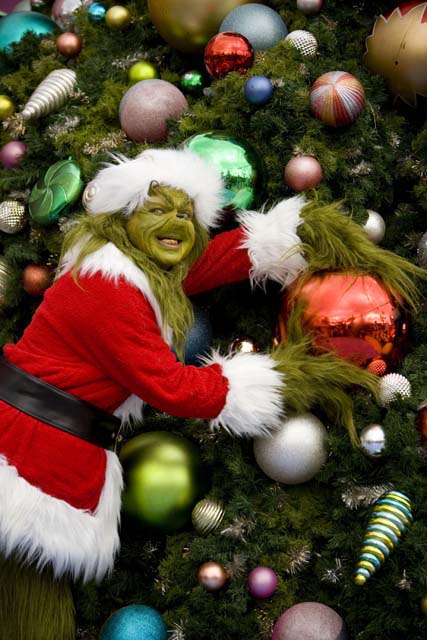 According to Informer, the survey sent out last week includes a bevy of new experiences, with many of them aimed at bringing in fans of the Harry Potter series, and new options that would change up some of the traditions that Universal has built.

Alright, so just because it’s in a survey doesn’t mean it’s going to happen. Let’s say that from the start. Let’s also say that we love the Universal Holiday line up. It’s a family tradition for us that has spanned about six years now. We love Grinchmas, we love the holiday concerts, and we love The Macy’s Parade. It’s just not Christmas to us without those things in our lives.

HOWEVER, it feels that there could be so much more done here, because that’s ALL they have. Universal Studios Florida bases the entire Christmas event around Macy’s, and only has Christmas Concerts the first half of the month. Islands of Adventure has Grinchmas, which only extends to Seuss Landing. They’re great, but they simply aren’t enough.

The park has rolled out great decorations in Hogsmeade for the Wizarding World of Harry Potter over the last few years, and it really adds to the amazing feel of the area.

So, what is coming and going from Universal’s Holiday Celebration, and why? There’s nothing official, but as always rumors do swirl. Let’s break it down and look at what we could expect, and why it might happen.

So the big deal here is the Macy’s Parade. There’s been a rumor for a while that Universal is looking to do a revamped parade, and make it more “Disney” in feel. The park is looking to capture the spirit of Christmas more, and bring their own brand of entertainment value to it. If you also look at the rest of the theme parks in Orlando and elsewhere, you’ll see them starting Christmas events almost immediately after Halloween. Universal can’t do this with Macy’s, simply because the parade that the park uses ACTUAL balloons, and performers in the real parade in New York. They need time to come down, bring out the balloons, train the performers and add new stuff to the parade. They have a week to do this.

Plus, Macy’s is more synonymous with Thanksgiving. It’s an amazing way to ring in the holidays, but Universal could be looking to spruce up the image with a more traditionally Christmas parade.

Also, the park has only a few lights in select places, as well as floats. The park could be looking to completely drown the park in Christmas and make a huge nighttime spectacle of it. There’s also a very big possibility of a Christmas version of the Cinematic Spectacular. What says holidays bigger than holiday movies?

Holiday shows could also play a bigger part in the park, as many of the day time street shows get shifted to a holiday theme.

The park doesn’t do a whole lot for the holiday season. There’s Seuss Landing, which decorates extensively throughout the entire park, and Grinchmas. Several of the stores decorate throughout the park, but the park is really looking to make a massive statement with Christmas. We could see the return of the nightly tree lighting in Seuss Landing, as well as new traditions all over the park. Just imagine Hulk lit up with festive colors, and perhaps a massive lightshow that takes over the entire park, as lights flicker and dance. Imagine Osborne lights, only park wide.

As we’ve mentioned before, the park has brought out some cool new decorations for the Wizarding World in Hogsmeade, but there’s so much more rumored to be happening. Let’s start with more decorations, and magical lights everywhere. Then there’s also the idea of bringing Christmas carols to the Frog Choir, and some of the shows in Diagon Alley.

The real intriguing idea, however, is in the concept of a nighttime ticketed event. You are given access between Hogsmeade and Diagon Alley where you have tons of sweet holiday treats waiting for you. Warm butterbeer, and even eggnog. Special holiday feasts are prepared, and yes even the Yule Ball. That’s one of the rumors floating around for new Christmas offerings in the parks. Top it all off with a special fireworks and projection show taking place on Hogwarts Castle that brings the Wizarding World and Christmas together like it was meant to be.

This is rumored to be only during the first half of the holiday season, while the other half will have most of the offerings for sale to regular park guests.

So, what do you think? Could Universal’s Holidays use a little added holiday magic, or is it just fine how it is?