There’s nothing like Orlando’s theme parks anywhere in the world. The world class entertainment, the high end thrills and shows can’t be beat anywhere in the world. However, it’s nearly impossible to see them all in one day. At least it is, on the ground. We took to the air this weekend for a special airplane flyby of all the Orlando theme parks, not to get the eye on the latest construction, but just to see them all from a new perspective. 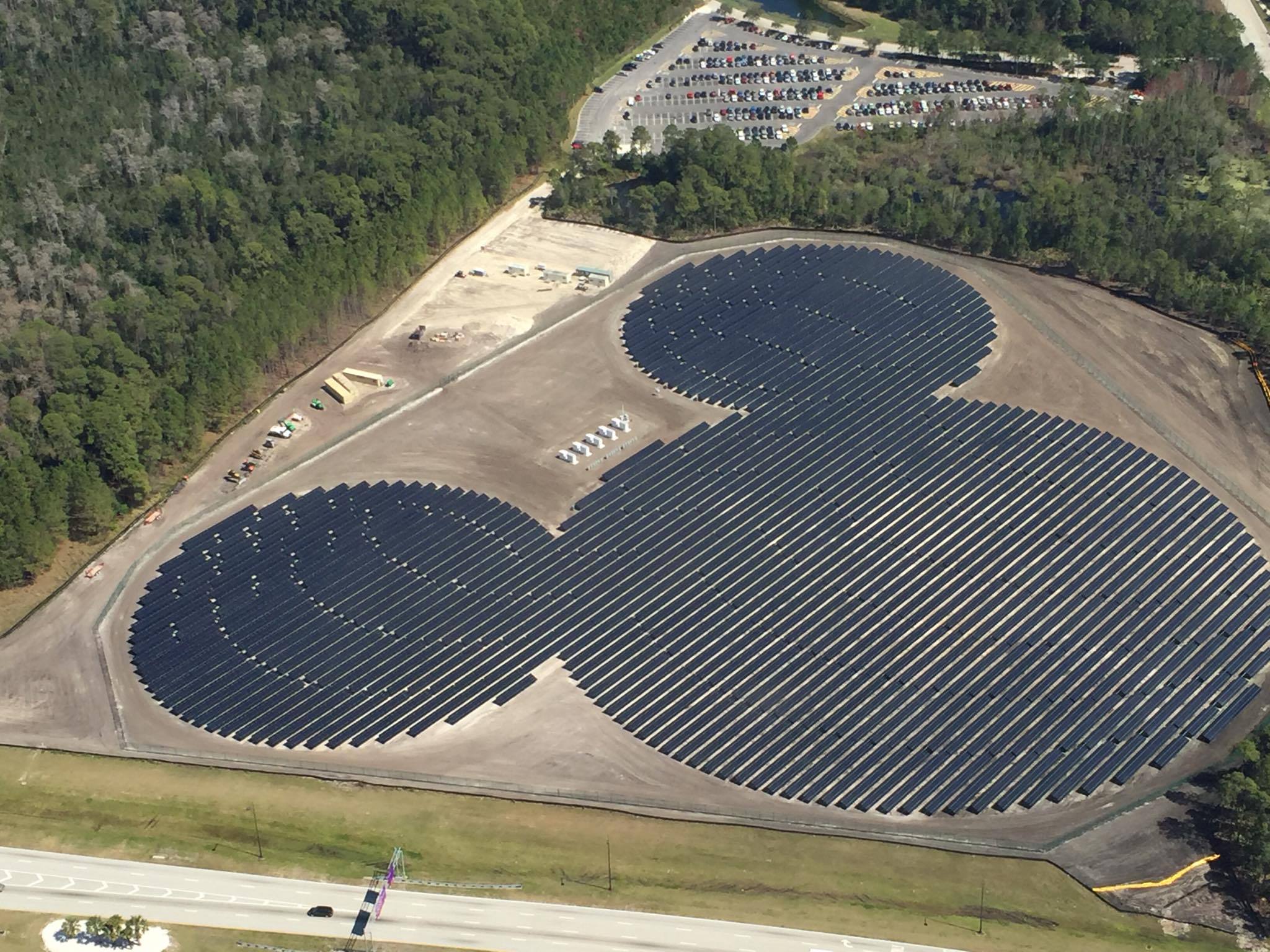 The first stop was Walt Disney World, and this killer new Solar panel field. It looks familiar, but we can’t quite put our finger on who it is. This was a recent addition on property. 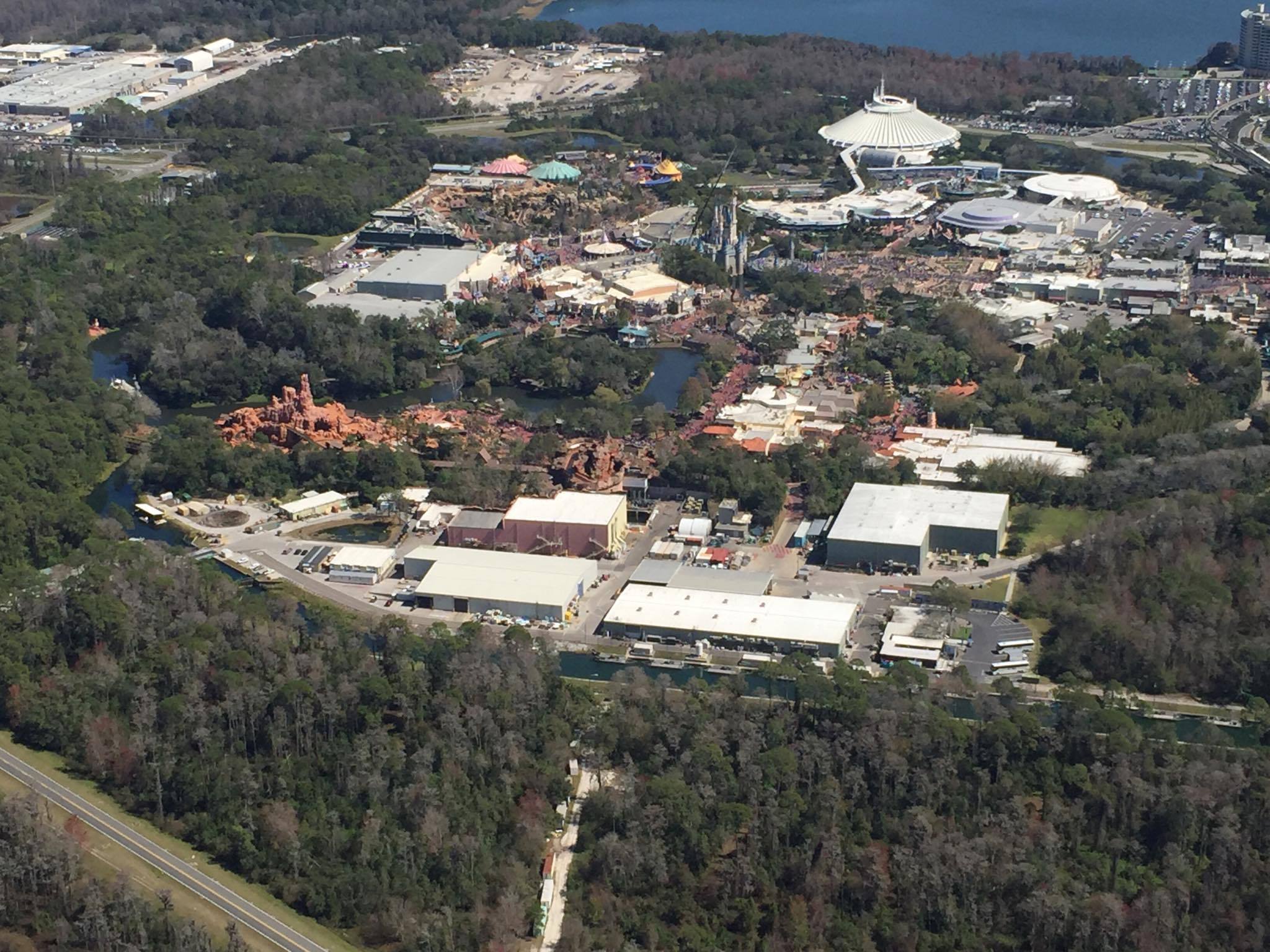 Magick Kingdom is the most visited theme park on the planet, and from the air it takes on a look like it was transported from another time…actually a bunch of them. There’s quite a few iconic weenies that make up a great landscape. From the air you can see how truly huge it is. 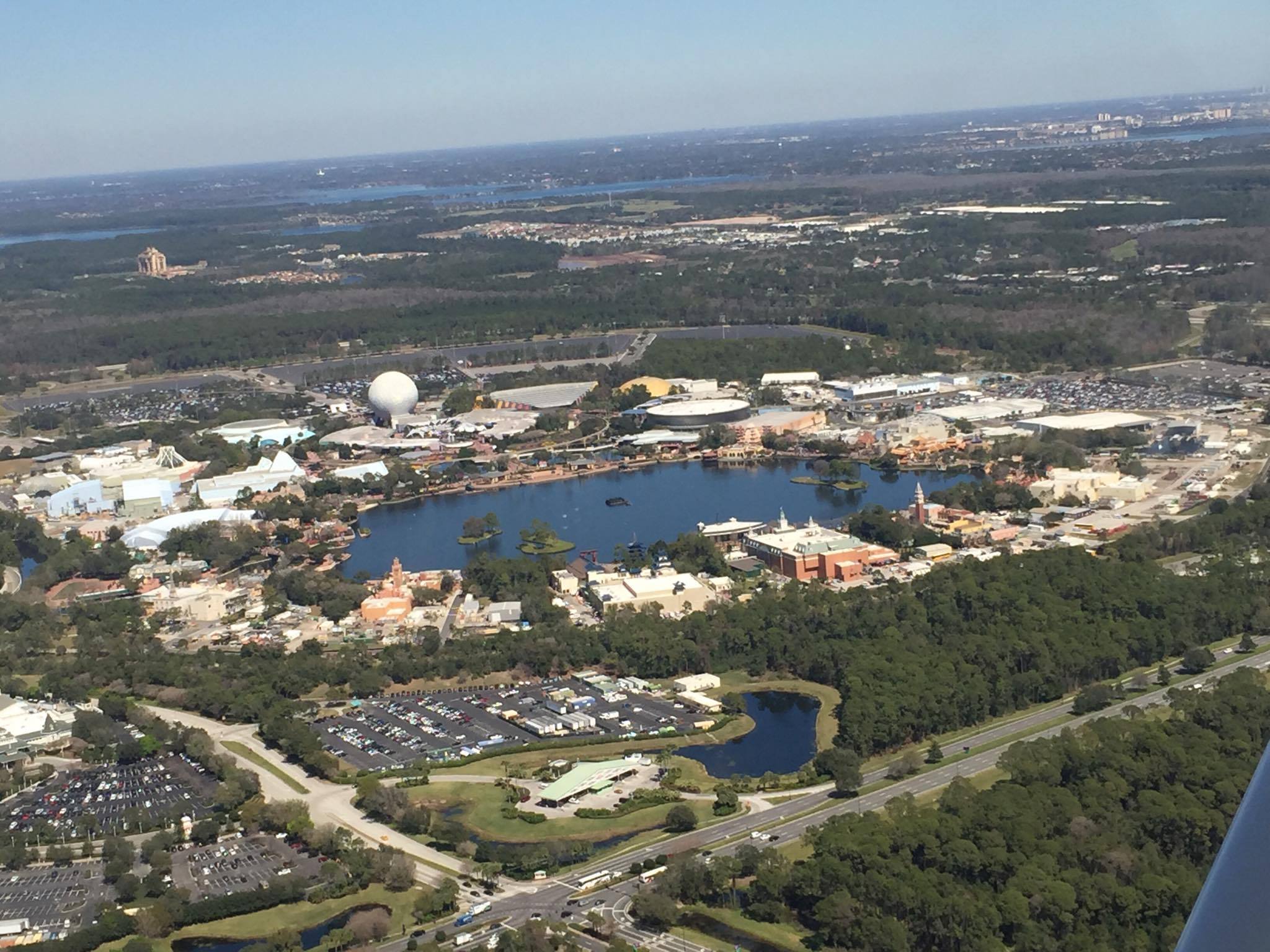 Epcot gives you a great view of Spaceship Earth, and World Showcase. The park is one of the largest Disney parks in the resort, and one of the greatest spots to check out. 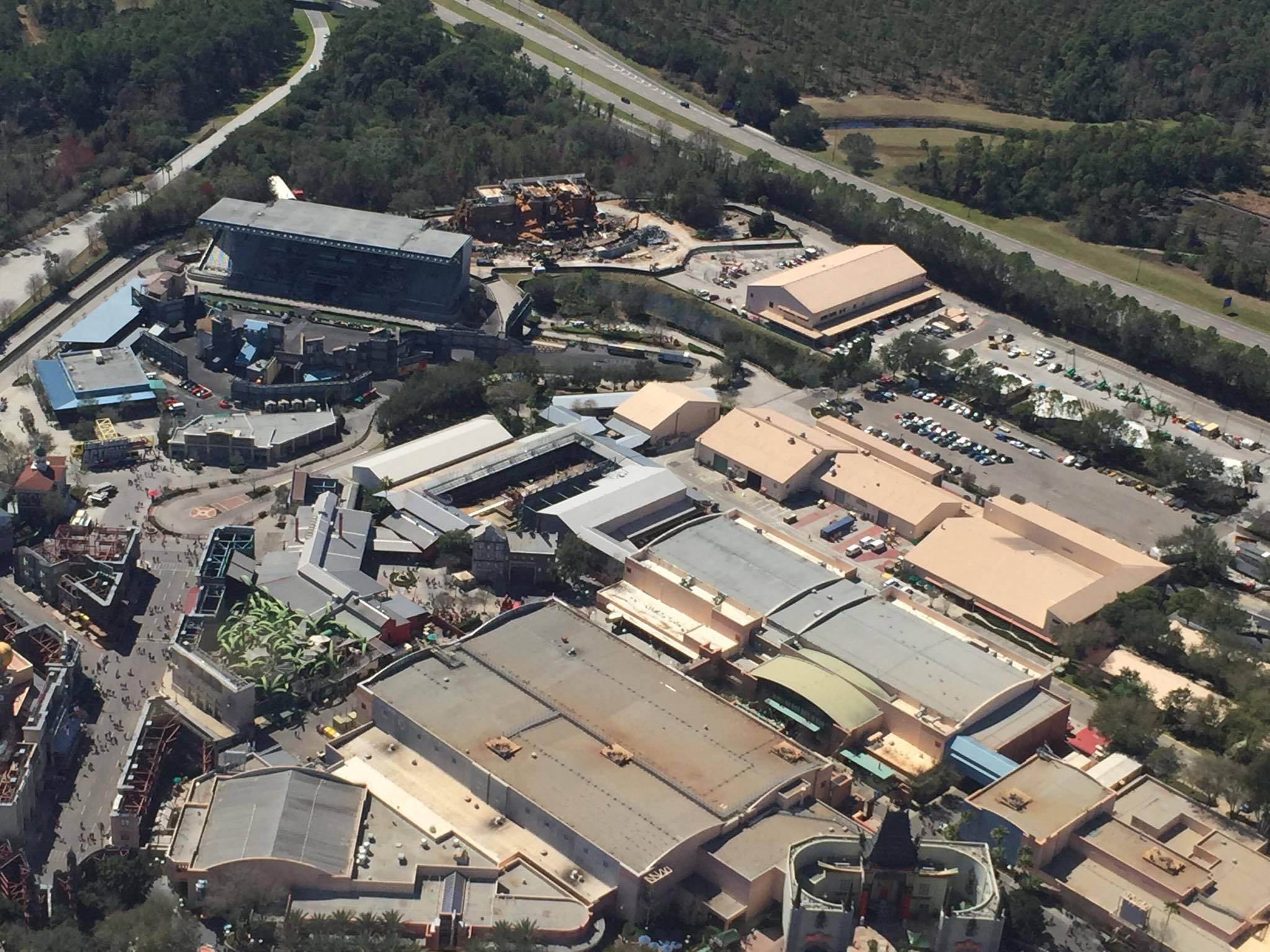 Disney’s Hollywood Studios is undergoing some major renovations, and it shows even from the air. Here we can see Catastrophe Canyon as its being demolished. Once again, we see the amazing icons like the Chinese Theatre, and the Honey I Shrunk the Kids playground. 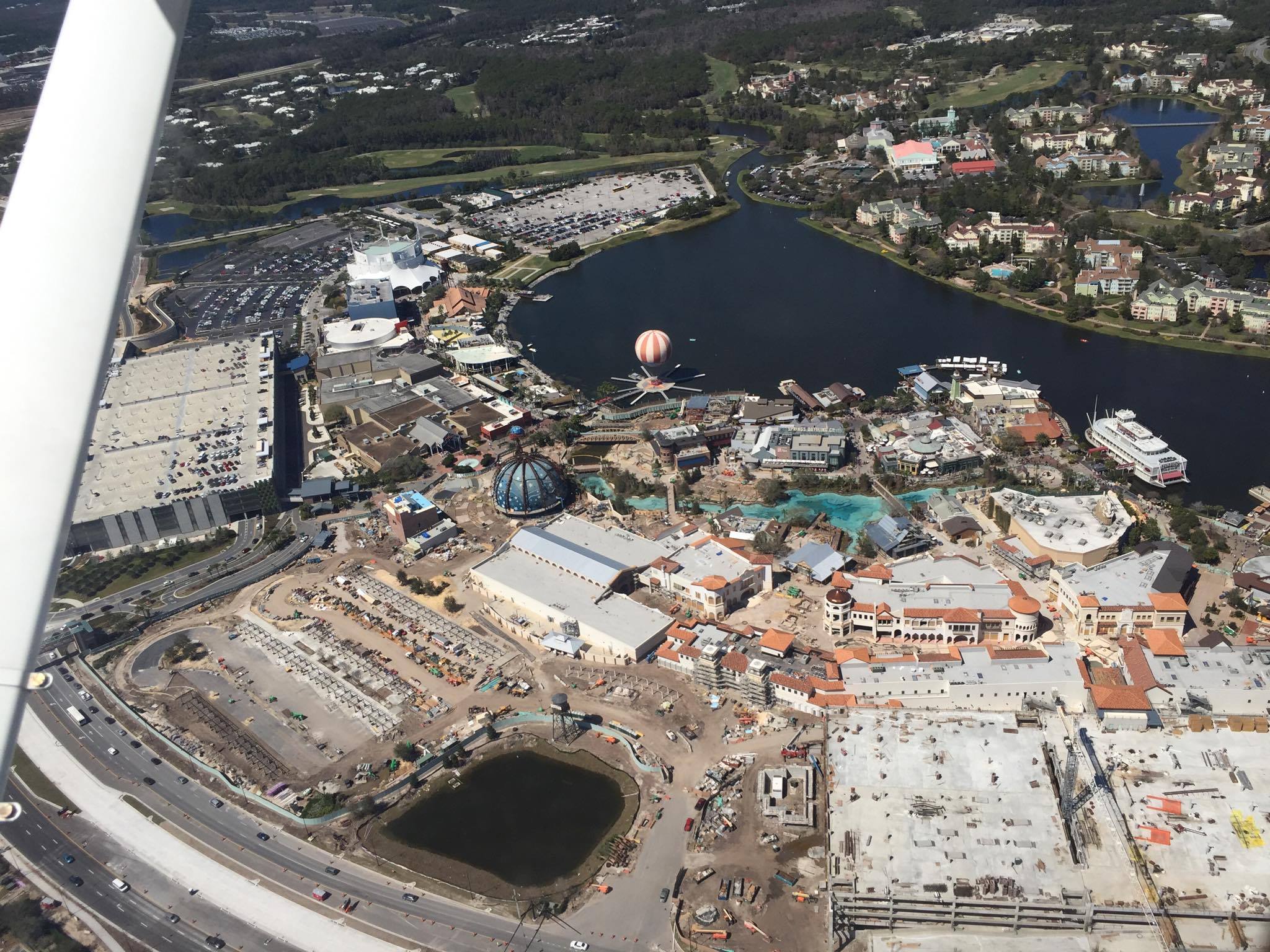 Disney Springs has undergone a massive renovation that has lasted several years. We can see the new Springs as they bubble to life, and the massive Planet Hollywood, as well as Characters in Flight. The area is still undergoing some huge changes, but will be one of the most unique collection of shopping, dining and entertainment once it’s complete. 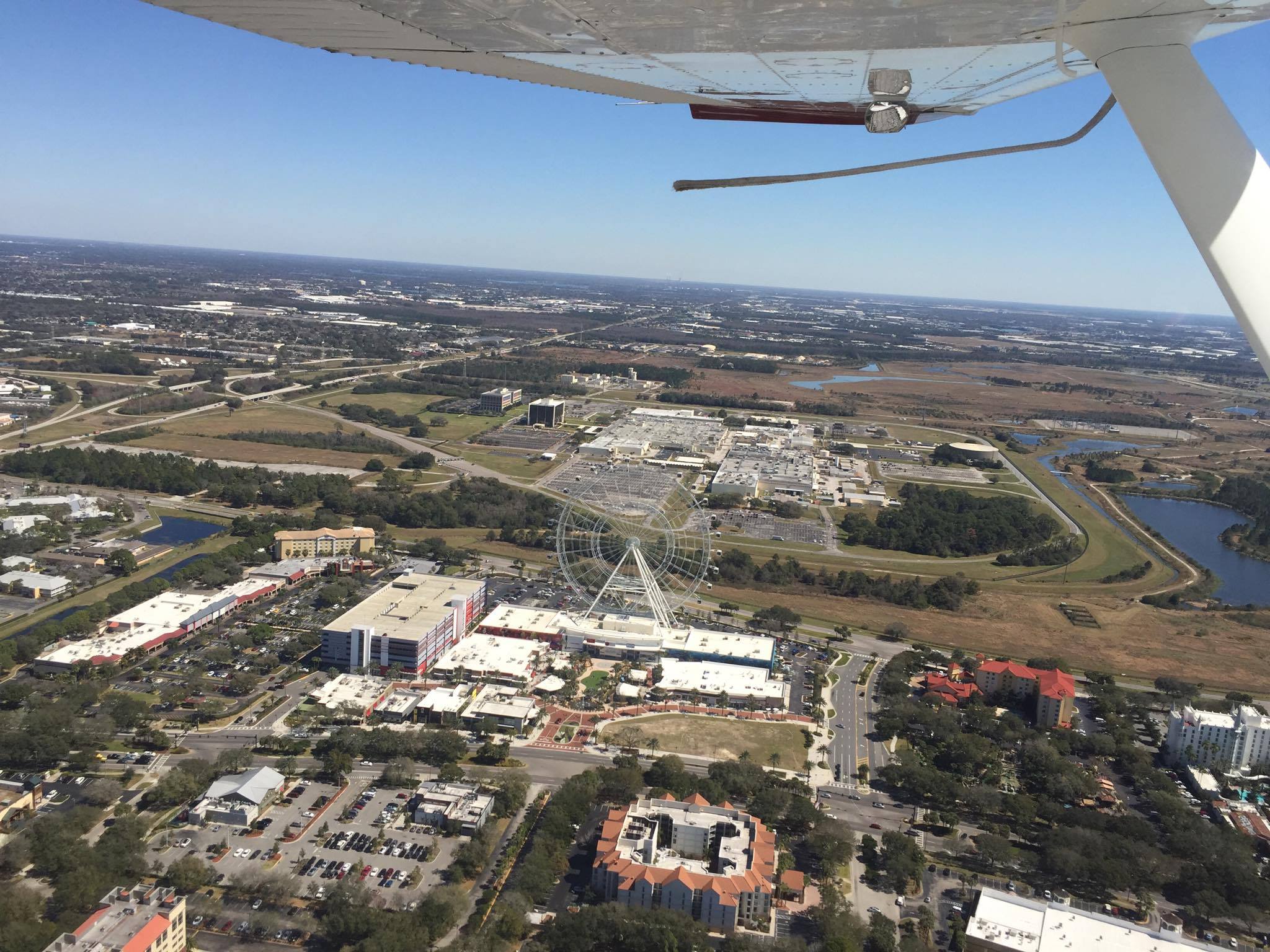 I-Drive 360 is home to some major attractions, such as the Orlando Eye. The iconic wheel can be seen from miles away in all directions, and is 400 feet tall, giving a great look at the surrounding area. 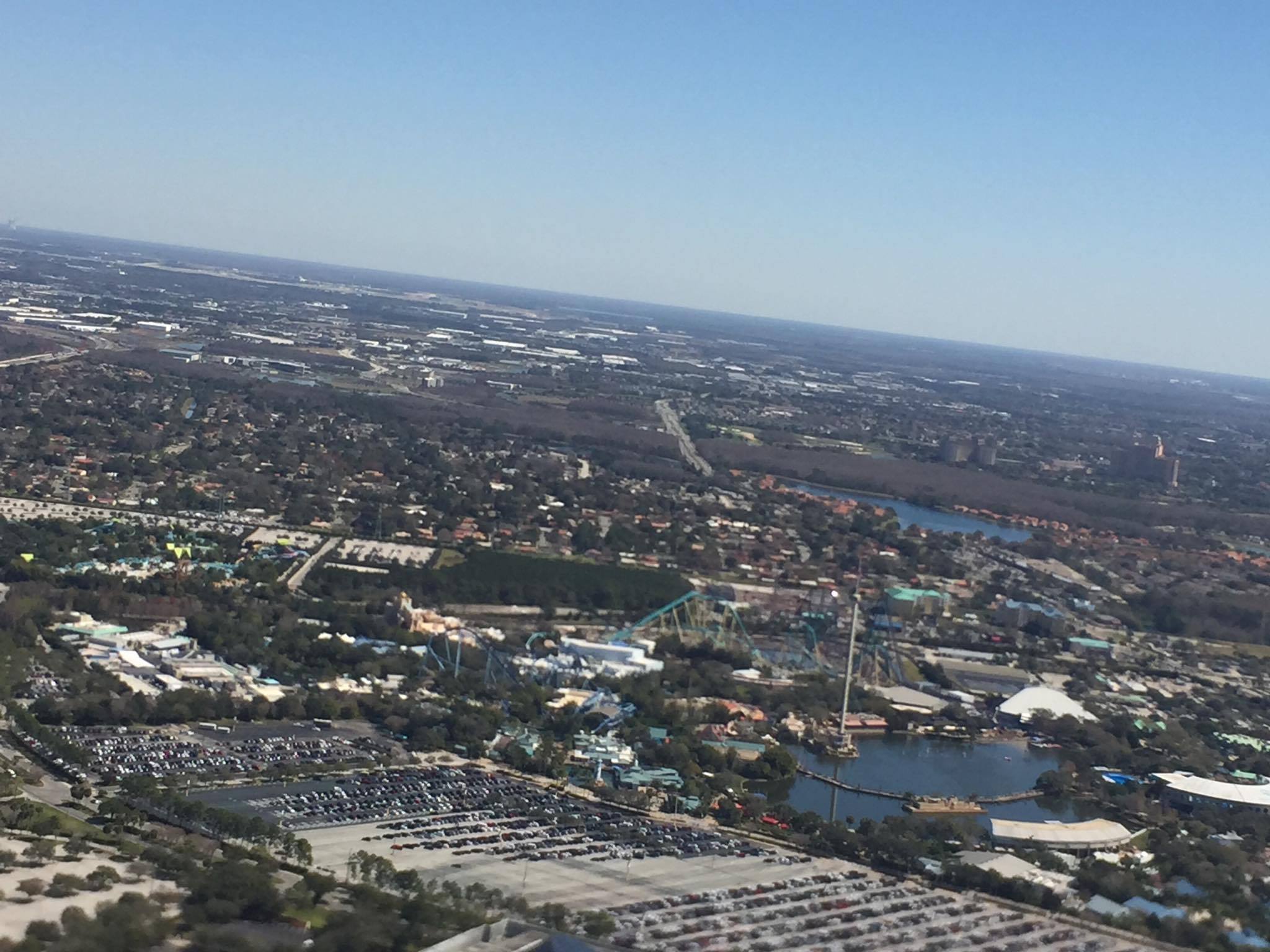 SeaWorld Orlando is home to some of the coolest coasters in Orlando. Unfortunately we could not get much closer to the park, due to DirecTv flying their blimp over the park at the time. You can get a great glimpse at the Skytower, and Kraken, with the newest coaster Mako crawling into existence in the background. 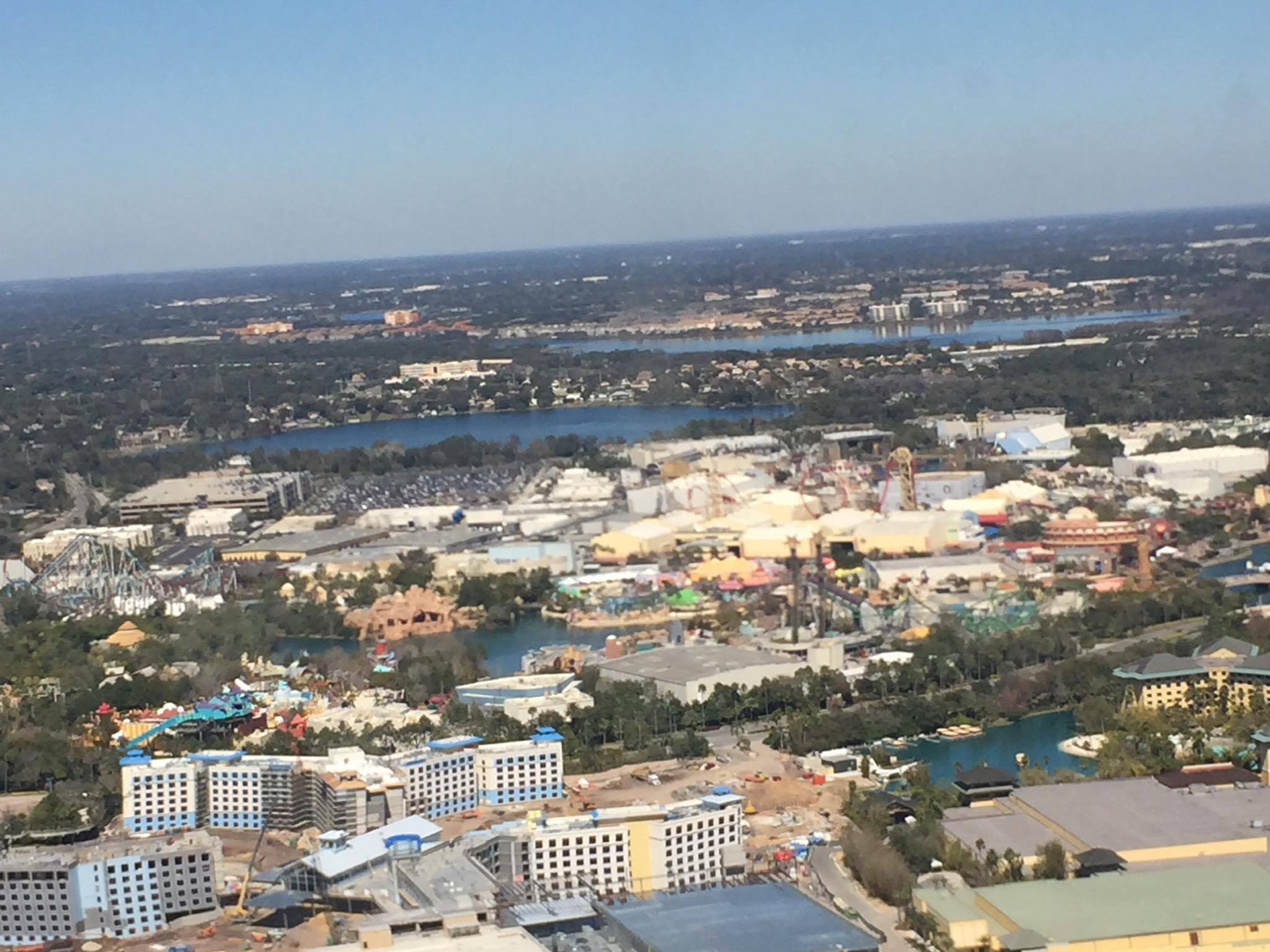 Universal Orlando seems like one of the largest resorts in Orlando, when you’re in it. From the air, you really get a feel at how great at planning the park was, as they manage to get a lot of attractions into a tight space. We can also see the latest progress on the newest hotel, Sapphire Falls Resort. 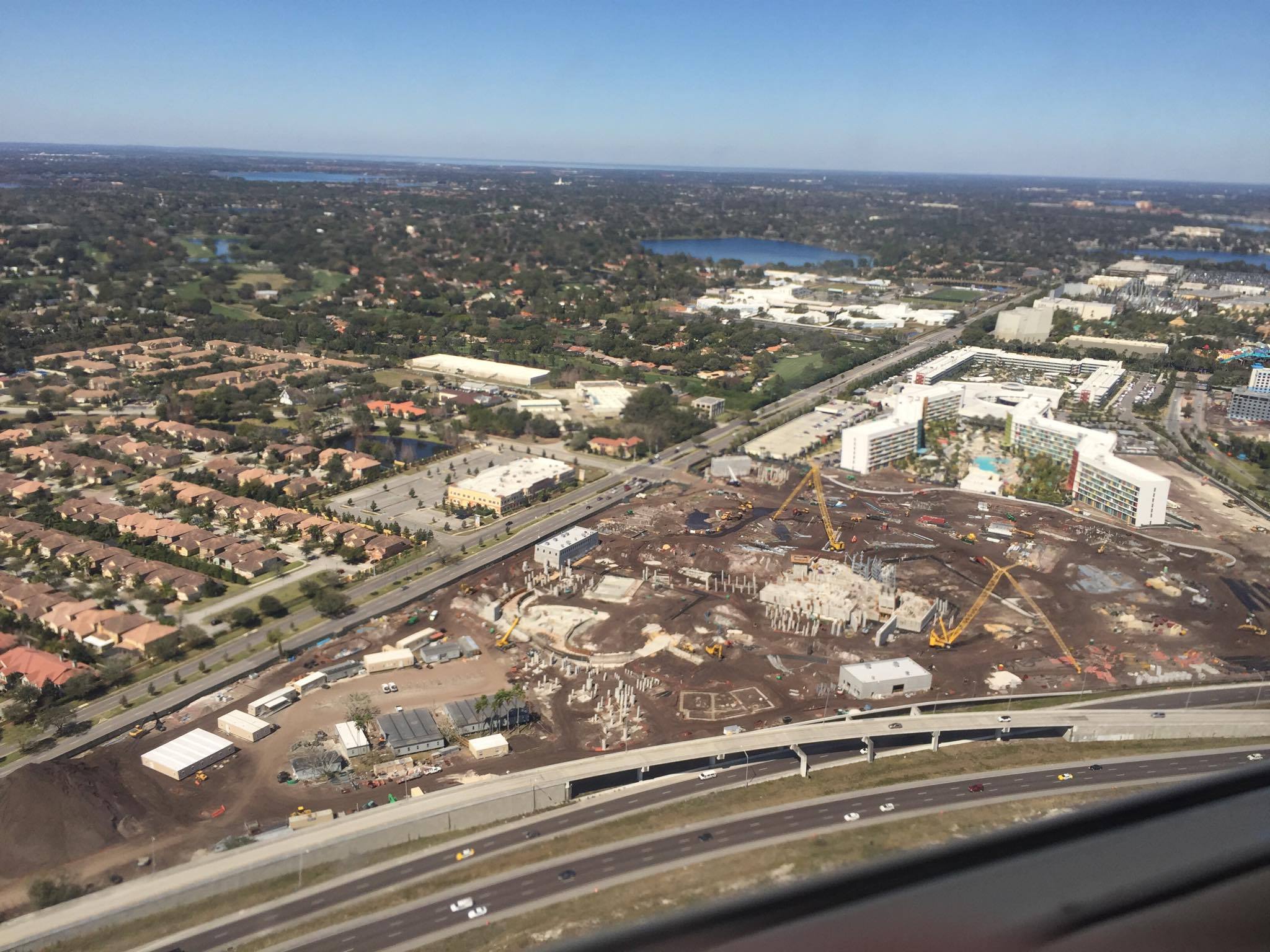 Speaking of new, Volcano Bay Waterpark will be the next venture for Universal Orlando. The Waterpark doesn’t open until 2017, but work is underway for what many are saying will be a Waterpark experience like you’ve never had before. The new park is located directly next to Cabana Bay Beach Resort, and has made huge strides in the past few months.

Slideshow-Check out even more from around Orlando

While you can’t beat the fun on the ground, tours from the air, such as Helicopter and plane tours give a unique view on Orlando. While theme park websites have been using helicopter tours as a source of construction reports, the real joy in them lies in just taking a tour, and seeing your favorite attractions at an angle that you have never seen them at before. Plus, Orlando has a real hidden beauty, aside from the highways, buildings and construction sites that many of us take for granted on the ground. We highly recommend taking an aerial tour next time your vacation brings you near one.

Stay tuned for more theme park fun, and be sure to get social with us on Facebook and follow along with us on Twitter @BehindThrills for the latest updates!