Reign of Kong to be featured on Face-Off this week

Skull Island:Reign of Kong at Universal Orlando is roaring to life this Summer. We’ve been doing all we can to get glimpses at the cars, the monsters…anything! We want to know what’s behind those doors! Now the creature makers at SyFy’s Face Off are going to not only give us a glimpse, but also create nightmares based on the creatures in the attraction. 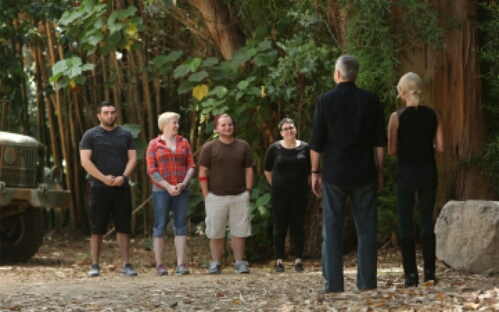 If you’re unfamiliar with Face Off, the show takes make up artists and pits them against each other on a monster make up throw down.
The show has produced creatures that have been used at Halloween Horror Nights, and have even featured make up artists from Universal and HHN.

Now, the show is going to Skull Island!

Face Off airs this Wednesday on SyFy!