Walt Disney World is getting ready to unveil their big step into night time entertainment at Disney’s Animal Kingdom with Rivers of Light. The new show will take the park from a day time only park, to a shimmering nighttime spectacle. It’s coming soon, and today Disney has released an opening date. 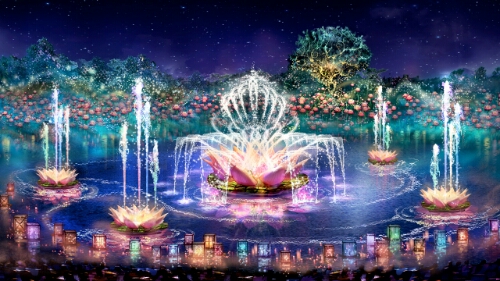 Rivers of Light will use lanterns, fountains and projections to bring animals to life in a huge way this Spring. The show is set to premiere on April 22nd, and the park has released a behind the scenes look at the new nighttime spectacular.

Discovery River in the Asia section of the park, will be the setting for this new show. It will depict an ancient lantern festival guided by two storytellers who call forth four animal Spirit Guides: an Asian Tiger, Tropical Turtle, African Elephant and Great Horned Owl. The storytellers and guides will take guests through the journey through the Rivers of Light, and will be pure Disney storytelling at its finest.

The new show is important for many reasons, the biggest being the message of all of us being connected to the world around us. Secondly, this is the first step that Animal Kingdom is taking to later hours, something that will be necessary once Pandora: The world of Avatar opens later this year and early next year.